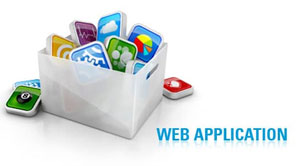 The world has witnessed a tremendous soar in the usage of web applications.  As an aftermath, this has posed some grave concerns to the tech world. Coding issues in web applications have made websites a soft target; websites of government agencies, banks, IT organizations, and healthcare companies are vulnerable to attack.

Distributed Denial-of-service (DDoS) attacks have turned out to be smokescreens for vicious attacks to dent computers with malware—they have tarnished reputations of brands. DDoS attacks have proved to be detrimental in several elections worldwide. For example, fake news planted can trigger a diplomatic row and put a strain on international relationships.

No sectors are detached from the threat of web applications. Finance, education, and healthcare have all been victims of web applications. Cybercriminals penetrate banking systems as an attempt to rob money from it. In the education sector, students themselves have created problems—they somehow attack school websites either to increase their marks or to alter the scores of other students. Those students illicitly obtain access to the exam materials by gaining control in web applications.

Healthcare providers have made considerable investments in sophisticated medical equipment. Many of these devices are connected to old systems due to their long lifecycle. IT administrators don’t update these systems in fear of voiding the device’s warranty. Consequently, health care providers struggle to keep up with required security strategies, technologies, and resources that address the level of sophistication of digitization. Ransomware, data breaches, and security concerns such as phishing have exposed millions of patient and medical records.

Comprehensive security strategy is the need of the hour. But, hackers have the edge when it comes to zero-day-attack; it is akin to ‘you-miss-I-hit approach.’ Before organizations can think of fixing the errors, hackers exploit the security vulnerability though some organizations have shown a proactive approach to cybersecurity. They have shifted their primary focus from prevention to better detection and response strategies. However, it doesn’t mean prevention tools are shunned from securing a data set in today’s digital enterprise.