The Logic Factory Makes Changes to the Board

After a journey of almost 15 years, the two founders of The Logic Factory agreed that it is time to change their position from the Executive Board to a non-executive role.

FREMONT, CA: Eric Lambregts, the Chief Executive Officer (CEO) of The Logic Factory, announced at the company's end-of-year meeting that he and Robert de Laat, the current Chief Financial Officer (CFO), will retire from the Board of TLF in the first half of 2021. As of 1 January 2021, Marjolijn te Velthuis, currently Chief Operating Officer (COO) of TLF, took over as CEO, and Mark Crouse, current Delivery Director, advanced as COO. Roel van den Broek remained on the Board as Chief Revenue Officer (CRO).

After a journey of almost 15 years, the two founders of The Logic Factory agreed that it is time to change their position from the Executive Board to a non-executive role. This thrilling news comes after what was a fascinating year for everyone in the supply chain business. It is expected to usher The Logic Factory into a new age under this seasoned team's guidance.

eMarjolijn entered The Logic Factory in 2018 after a ten-year stint with Dassault Systems, formerly Quintiq, DELMIA, where she worked as vice president of their EMEA activities. Since joining the Logic Factory as COO, Marjolijn has introduced a range of operational excellence measures that have helped delivery teams further concentrate their skills on customer loyalty and increasing delivery performance. The breadth of her business experience, combined with her management style, established a stable base with which the company could succeed.

Mark Crouse entered The Logic Factory in early 2020 after working for DELMIA for nearly a decade as Americas' Senior Director. Mark was brought in for his breadth of expertise in all Quintiq applications and industries. In his brief tenure as Delivery Director, he was an invaluable asset to the Board as they faced the sudden new threats of the COVID-19 pandemic. Mark will add the North American experience to the Board while The Logic Factory begins to see a steady increase in its continental American customer base.

As Lambregts exits his current CEO position, he will switch to a more customer-oriented and solution-oriented role as the new Chief Solutions Officer (CSO). This newly developed position is structured to completely engage the experience that Eric has in DELMIA in the customers' applications. Eric's vast experience and ability to work beyond the box and provide convincing answers to even the most challenging puzzles is unprecedented in the industry.

Under this new leadership direction, The Logic Factory continues to accomplish its mission, which is to help its customers make sustainable changes in efficiency and create a better business that delivers enjoyable work to great people. Their goal is to be the best provider for the customers to deliver high-end planning, scheduling, optimization, maintenance and hosting services. 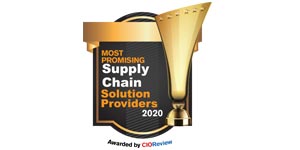 Craft: Source of Truth on Companies

MindClick: Transforming the Health of Our Communities through Purchasing

Source Intelligence: Connecting and Empowering Network to Bring Transparency to the Supply Chain

OnProcess Technology: Differentiate On Operational and Service Excellence, Rather Than Price