The Networking Guide: Contemplating On Various Elements of an Ideal Ethernet Switch 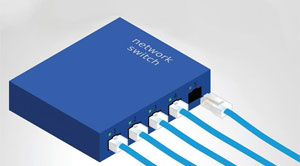 With the popularity of cloud technology and Internet of Things (IoT) buzzing around, almost every internet enabled gadget is getting connected in a smart way to accomplish personal as well as business centric operations. Due to the massive usage and level of complexity involved, most enterprise networks nowadays use ethernet switches to connect computers, printers and servers within the premises. It effectively serves as a trusted and secure medium of network distribution, enabling the devices to communicate with each other. Through resource allocation and information sharing, switches trigger financial savings and boosts employee productivity.

To master efficiency in network distribution, it is crucial to consider the wide range of functionalities and adopt an ethernet switch suitable for your organization. So, we present you with some notable features of a switch that can narrow down the process.

The first and crucial step involves deciding the required network speed for your organization. When it comes to standard file transfers, transfer speeds ranging from 10 to 100 Mbps are always believed to be sufficient. However, these speeds may not satisfy all businesses. If you need faster connections for large file transfers or to carry out complex internet based applications, deploying network switches capable of delivering 1000 Mbps or gigabit speeds is a wise initiative.

Coming to the next step, enlist the exact number of wired devices which needs to get connected in your office. Every device ranging from personal computers to network attached storages and wireless access points should be included in the list. Typically, network switches ranges from 5- port to 48-port models with each port dedicated to each wired device on the network. Larger the number of ports on the switch, less complicated will be the network connection.

Puzzled between Full-Duplex and Half-Duplex?

If you are focused on achieving higher speeds, choosing between a full-duplex and a half-duplex switch is a vital step. Traditional network switches function using a half-duplex, where the process of sending and receiving data cannot happen at the same time. Nowadays, offices adopt switches operating on the full-duplex mode; where sending and receiving is carried out in a synchronized manner.

Choosing between a Managed and an unmanaged switch

Knowing the functionalities and the difference between a managed and an unmanaged network switch is an essential factor. Determining what suits your company’s needs elevates the overall networking experience. Digging deep into the technical details below:

This type of network switch usually depends on the size of an organization and the capability of the specific network. A small home network does not need a systematic management process and can be effectively operated using an unmanaged device. Whereas, for an extensive office network that requires enhanced level of security to prevent unauthorized access, managed ethernet switch is always a better choice.

Unmanaged switches deliver networking connectivity between the devices and other switches, restraining the need for configuring the system. This type of switch is ideal for enterprises that prefer a simple plug-and-play connectivity solution. It offers a reliable and economical approach to establish a network with lightening fast speeds.

Size of buffer is yet another considerable factor that affects the overall speed at which an ethernet switch processes the packets. Switches using smaller buffer sizes can effectively slow down the packet traffic to control the rate of congestion.

In the near future, if your organization is planning to install a wireless infrastructure or an IP-based video surveillance system, it is wise to adopt an ethernet switch that supports the feature of Power over Ethernet (or PoE). It is an innovative system that offers power along with the data using the same ethernet cable. Additionally, it is capable enough to supply power over long distances.

Scrutinizing on the specifications of Layer-2 and Layer-3 Switches

The best part of Layer 2 switches is that they automatically learn MAC addresses, building a table that can be utilized to forward packets in a selective manner. As the information from Layer 2 is easily retrieved, packets can be switched rapidly. Therefore, this type of switching has little or zero impact on the network’s performance or bandwidth. But, while switching the packets, Layer 2 switches lack in the ability to apply any kind of intelligence.

Backplane speed simply refers to the number of packets that can be transferred between modules within the same switch. If heavy workloads exist in your company, evaluating the backplane speed of an ethernet switch is always advisable. Switching speed is the time taken to process the total number of incoming and outgoing packets. It is usually measured in millions of packets per second. Higher the switching speed, higher will be the number of packets that can be downloaded or uploaded at one instance.

Blocking or a Non-blocking switch?

The secret behind achieving ultimate processing speeds is the ability of an ethernet switch's internal communications and packet processors to utilize the blocking or nonblocking switching functionalities. Nonblocking switches are capable enough to handle all ports transmitting at high speeds, while blocking switches requires slowing down the transfer if the volume is higher than normal; resulting in a bottleneck. If your network infrastructure intends to handle greater volumes of traffic, a nonblocking network switch is always the best option for your organization.

‘Never judge a book by its cover’, likewise, never judge the quality of ethernet switches based on mere promises made by network component vendors. It is always advisable to carry out a complete product analysis considering the aforementioned features. 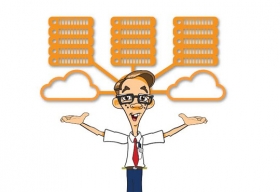 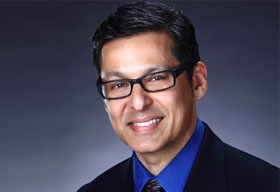 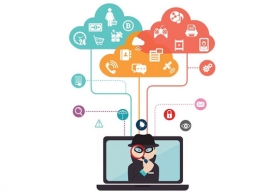 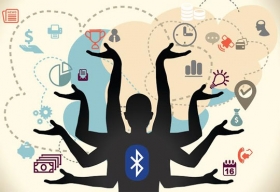