The Reasons behind the Banking IT Failures 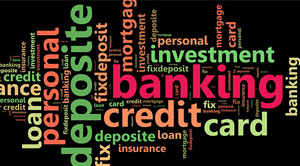 Banks, in the past few years, have been witnessing IT failures resulting in unhappy customers. Experts believe that the connection between the emergence of Agile and DevOps in the banking systems plays a significant role in the performance of IT infrastructures of these institutions.

Before the advent of technology, banking systems were designed in a way that allowed the developer to take everything into account prior to writing the code. Today, with increased usage of agile, developers are not completely aware of what they are building. In the past, there existed a strong control point between the stages of development and production. That control point allowed the operators to scrutinize a banking system very carefully before making it live. Today, agile methodologies are destabilizing the complete design process and DevOps is corroding the ‘go live’ gateway. Experts wonder if these new approaches have created problems in the banking systems that might not have prevailed if the systems were handled in an old-fashioned manner.

Taking into account today’s expenditure in banking systems leading to failures, it wouldn’t be wrong saying that the archaic methodologies were much cheaper than Agile and DevOps. Due to these reasons, banking professionals believe that the clunky obsolete legacy systems in PL/1 and COBOL on mainframes usually perform satisfactorily and hence have been around for 40 years in some situations.