The Right cloud Hardware for IT 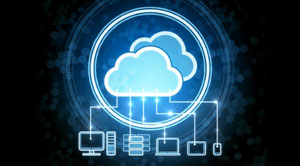 Cloud being the buzz word for IT, organizations around the globe is evolving into the cloud arena. Gazing at the technology aspects of the cloud system, the Cloud applications normally depend on an x86 or 32-bit—processor with a 32bit instruction set—scale-out servers. When an organization is all set to leverage the power of the cloud, always make sure to install the largely identical as well as rack-based servers. Tuning a set of hardware to application use cases is a matter of determining which pieces of standard hardware work best, and how to arrange them.

Gazing at the hardware components, the baseline cloud server can be the smaller systems that allow two servers per rack, such as dual-processor 1U server, and a 1U Twin server. As the 1U servers limit the cooling fan performance, theses server CPUs comes in four to eight core devices with low-end power profiles. As the six-core CPUs seamlessly supports 96 basic virtual machines, the 1U system works for almost every cloud deployments with a pair of 96GB Dynamic Random Access Memory (RAM). In addition, while opting for the container virtualization, there is a high chance of increased VM count that requires less DRAM if implemented with a Docker.

Adding an external or direct attached flash drives can allow the faster startup of the servers if booted from a local hypervisor. With the adoption of containerization, the flash drive will come with the OS image and even the standard app stacks like LAMP.

Moreover, replacing the older servers with the latest and fastest technology enabled devices reduces the server count to a greater extent as these devices offer better performance. As these servers generally don’t come with local disk drives, they are capable enough to run cooler than a traditional model by about 10 percent.

Design quality, interoperability, and uniformity are also important aspects to be considered for the better cloud performance. Commercial off the shelf (COTS) data center systems provides a spectrum of architectures as well. These equipments offer well-defined specifications for seamless interoperability between different devices and architectures. Moreover, uniformity in every component including the server design, storage application, cooling system, cabling and power systems are also significant.

Generally, the networking for the cloud depends on a 10GbE port for each server. Adopting a dual-port configuration allows redundant rack-top switch configuration that can allow maintaining the server access even in chances of failure of one switch. In addition, the dual-port can be utilized for network storage and other utilities as well. The latest motherboards with integrated local area networking connection and controller typically support dual 10 GbE ports. Rack-top switches connect to the network backbone with 40 or 100 GbE links.

A cloud system that adopts storage tier allows better operations. This can be performed by moving active data from Tier 1 enterprise hard disk drives (HDDs) onto much faster solid state drives (SSD) that are typically smaller than the standard HDDs. This allows Tier-1 backups as well as Cold data to reside on the higher-capacity, but slower Tier 2 bulk storage drives.

Hardware components play a vital role in the speed, reliability, and performance of the Cloud. While choosing the hardware components, focus on quality rather than price. Opt for the best designs on equipment that allow seamless air flow that provides backup reports and other innovative features.