The Right Way to Choose an Enterprise-Ready Virtual Tape Library 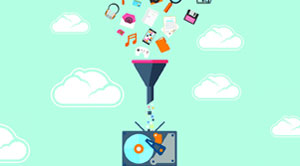 Data storage and archiving are the core of any successful disaster recovery plan and enterprises of all shapes and sizes are taking it up seriously to deal with any business misfortune. Tape technology still remains the best and cheap backup solution and they are the preferred choice for data archiving. There are a number of definitions of a virtual tape library that are doing the rounds. But one thing that leads to a general consensus is the fact that an enterprise-ready virtual tape library should be able to store a large amount of relevant data for use in the near future. There are many options to choose from, but still there is a dilemma about whether to go for tape archiving or disk storage. Tape backup has conventionally been the backbone of any enterprise data protection plan when long-term data archiving is required. With the volume of data burgeoning at a phenomenal rate, one thing is for certain that, “It is better safe than sorry” and enterprises are leaving no stones unturned to find the right fix for data backup and DR.

Virtual Tape Libraries (VTLs) have been in use for quite a long time. There was a time when tapes were slow and the backup options were running out, then someone came up with this smart idea of virtual tape library.  As the name suggests a Virtual Tape Library is a data storage virtualization technology used especially for backup and recovery processes. It gives you the freedom and space (usually hard disk storage) as tape libraries or tape drives for use with existing software. A virtual tape library consists of a platform, an operating system and server, and an application which provides a tape device interface to an operating system’s drivers so that backup applications can be written on virtual tapes similar to the way it is done on real tapes. The ability to add disk is of great importance because organizations are dealing with more and more data all the time. By backing up data on a disk instead of a magnetic tape, virtual tape library increases and enhances the efficiency of recovery operations.

Replacing the tapes as the backup medium is not an intelligent or a viable choice. Neither does it diminish the risks of disk, nor does it replace the several benefits of tape as a medium. Rather than replacing the tape as a medium, the increased flexibility and some other compatible characteristics of disk allows the integration of new data protection techniques such as near-line and continuous data protection. These techniques take greater advantage of the relative strengths of disk over tape and easily blend with tape for those characteristics where it still holds an edge.

Scalability is another big issue not only for big organizations, but it is equally important for SMBs. When virtual tape library was in its days of inception, there was a dearth of products in the market that could scale well for both these segments. But now there are a plethora of products in the markets that can scale well. The high end enterprises don’t have such a wide range of choices and they have to choose from a very specific set of products.

From a backup application’s point of view nothing needs to change, and to it there isn’t a difference between a virtual tape and a physical tape library. The integration of the solution into the backup environment is seamless and non‐disruptive.

Downside of a Virtual Tape Library

Traditionally, virtual tape libraries operate as third-party appliances which are loosely connected to a backup application since they are accessed by using the tape drivers tape drivers similar to the way it is done on physical tape devices. There are not many drawbacks that go against a virtual tape library. The first critical drawback is the lack of integration with the backup applications: virtual tape libraries are often restricted to operating as a particular device type such as Linear Tape Open (LTO) and they must emulate physical tape operations in an attempt to maintain their façade. The second disadvantage is that they are built on separate platforms and thereby restrict choices in hardware and software options.

Advantages of a Virtual Tape Library

Virtual tape library devices can be accessed over Fiber Channel (FC) and an InfiniBand network. Manual handling of tape also diminishes, which is a big asset for the organizations. When data is needed for archival purposes, then only there is a need to transfer it to a tape. Also multiple simultaneous backup streams lead to marked improvement in the overall backup throughout. Considering all these advantages the future of virtual tape library seems bright and it may just provide the right synergy of tapes and disks for data archiving and efficient backup.