The Role of AR in Empowering Industrial Asset Management 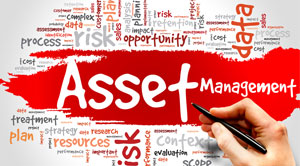 Augmented reality (AR) today is being widely used and is found on everything from catalogs to product designs. With both Apple and Google debuting their AR platforms (ARKit and ARCore, respectively), and Facebook heavily investing in its Oculus, the AR and virtual reality (VR) arena is rapidly changing its face.

While the potential of VR has been widely renowned for quite some time, AR technology is also steadily improving and building momentum. Market reports suggest that companies are going to spend as much as $ 48.7 billion on AR over the coming five years, while the spendings on VR is expected to remain limited to around $ 18.6 billion. As far as the manufacturing arena is concerned, AR is rapidly emerging in the industry to steal the limelight from its elder brother VR.

Whether talking about maintenance, assembly or other tasks, an expert AR support can help to resolve and fix problems much faster. With advanced AR overlays, rather than traveling to a physical location to fix an issue, concerned individuals can just give instructions, including drawing illustrations and relevant documents as well as videos, to an on-site colleague. In the industrial asset management space, AR is definitely going to create a significant impact with its more advanced capabilities.