The Role of HR in Cybersecurity 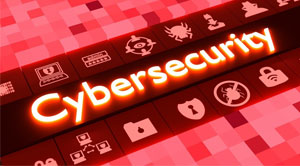 It is predicted that by the year 2021, cyberattacks will put organizations at a loss of over six trillion dollars annually, while spending one-sixth of that to merely combat cyber attacks.

This scenario seems to be opportune for HR leaders, giving them the prospect to improve employee engagement, while promoting a work culture that is largely driven by security. It is important to imbibe this work culture, right from the executive team and HR down to all the employees.

It is believed that nearly one-third of the security professionals lack the knowledge of the organization’s security policies. With IT and security teams working with a high level of uncertainty, the non-technical staff is left in the dark. According to a report, 85 percent of employees fear that they will be the entry point for a cybersecurity malware into the organization.

With the HR is taking a front seat in reinforcing security policies, it is an opportunity to reward constructive and positive security behavior among the employees. Less than half the global organizations reward employees who were instrumental in preventing security breaches. The HR board can positively influence positive behavior towards organizations.

HR leaders have the ability to persuade and improve the security stance an organization holds. The overall mission is not about preparing the security teams for a cyber battle, but to promote security best practices.