The Role of IoT in IT Risk Management 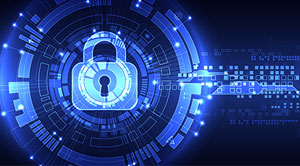 The market leader for governance, risk and compliance (GRC) applications—MetricStream—recently conducted a survey to assess the maturity of IT risk management processes, in which over 120 global companies from over 20 different industrial domains participated. Roughly 44 percent of the enterprises opined that IoT had the potential to be a game-changer in combating the top five IT threats namely, malware infections, security breaches, compliance violations and regulatory actions, account phishing, and spoofing of company employees. Participants viewed IoT, followed by cloud, BYOD, fintech, and blockchain as the technologies having the greatest potential in securing the enterprise IT environment. However, it is worth noting that IoT itself is being used for destructive purposes by the cybercriminals. The Mirai botnet that caused extensive damage to the website of American journalist Brian Krebs, or the IoTroop that shares a code base with Mirai are IoT-based. Therefore, the key to safeguarding enterprise environments lies in implementing the best practices for cyber security.

French Caldwell, chief evangelist from MetricStream, opined that an IT-powered GRC solution could provide risk intelligence on a timely basis, besides automating the workflows. Enterprises have largely moved on to software-based GRC solutions as indicated by the survey, wherein 75 percent of the respondents reported a CMMI maturity level of 3 or higher. However, among the participants from the banking sector, 52 percent admitted to having an IT risk management maturity of level 1 or level 2. This proves to be an area of concern as employees with inadequate training could unintentionally open doors for cyber threats in the banking ecosystem. The fact that account phishing and spoofing feature in the list of threats indicates a need for companies to invest more in training the employees in best practices with regard to combating cyber attacks.

Orchestrade: The Future of Trading and Risk Management

FireMon: Security at the Pace of Business

RecoveryPlanner: Plug in and Play

Regulatory DataCorp (RDC): The TrustDiligence™ Leader across the GRC Space

The Risk Authority: Turning Up the Volume of Traditional Risk Management Practices

Workiva: Enterprise Risk Management with an Integrated Easy-to- Use Platform

Aarsh Management: 360 Degree View of Risks across the Enterprise

Aspect Enterprise Solutions: Seamlessly Upgrades Solutions from One Edition to Next

Allgress : Manages Transition from Traditional IT Security to Risk Management

Riskonnect: Agent for Change and Disruption

iovation: Fighting Online Fraud with the Power of Device Reputation