The Role of IoT in Sports 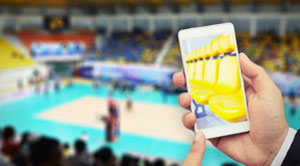 FREMONT, CA: The world of sports has become bigger than the actual game itself. With the advancement in the technological world, the sports industry is bound to adapt to innovations in order to stay afloat in the digital tsunami. The internet of things (IoT) adoption allows an organization to bridge the gap between the synthetic world and the physical world. A seamless transition from physical to digital is made possible by harnessing the power of data generated from IoT devices. IoT holds a significant place in the athletic sector with the acceleration of statistical relevance in the industry.

IoT revolutionized the process of player development by remodeling the coaching and training pattern. A combination of top-class analytics with sensors provides coaches and trainers with matrices of data sets for detailed evaluation. Players' performance, opponents' weakness can be evaluated, manipulated, and controlled according to the requirements of team managers. The illustration of fabricated data allows teams to avail game strategies according to their needs, which further affect the final result of the game. Embedded IoT devices in an athlete's body can reduce the probability of getting an injury. The utilization of insoles and built-in chips in real time offers doctors and therapists to pre-determine the health of a player, which increases the longevity of athletes and reduces the healing period ultimately.

Check this out: Most Promising Sports Tech Startups

Presently, admirers and sports buffs have gravitated toward the quantification of a quality approach. The athletic clubs are taking drastic measures to satisfy and increase fan engagement. IoT is playing a huge role in increasing the interactions of teams with sports geeks by constructing the next-generation sports arenas. IoT is allowing organizations to capitalize on specific parts by monitoring the focal attributes which entertain the fans. The influences of IoT have reached far beyond the construction of smart stadiums into connected footwear and connected apparel.

Pressure sensors ingrained in athlete's shoes can measure the center of gravity of a player that helps to track the sprint speed, accelerating potential, and stoppage power. The clothing wearables with integrated sensors provide physicians to track overall energy, fitness, and heat released in order to fuel up the game. Even at a nascent state, IoT managed to show immense development in sports from elevating fans experience to unlocking athlete's full potential.