The Role of Technology in Building Cities for the Future Generation 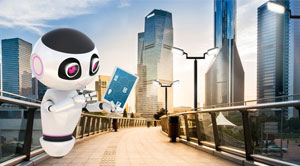 According to a report published by the United Nations, by 2030, six out of every 10 people will live in a city, and by 2050, this will increase to seven out of 10 people. Presently, it is evidently seen that half of the world’s population are living in cities of between 100,000 and 500,000 people, and out of which nearly 10 percent live in megacities. The life of people moving to cities will entirely rest on the choices that leaders make today, and in the coming years. Technology has the potential to enrich the lives of communities worldwide. A notable example is where Beijing is taking appropriate measures for controlling air pollution. They are testing a 23-foot-tall air purifier that vacuums up smog, sifts the bad particles and gives out clean air.

Technology is playing a crucial role in facilitating cities become more resilient, sustainable, and inclusive. Building a smart city for the future requires using big data and electronic sensors, which are the subject of a major global push to advance how cities function. The data that is collected from sensors are embedded into city infrastructure, like the sewer systems in Buenos Aires, to make certain whether the basic services are on track and help save the population from natural disasters and other emergencies. A perfect case in point is the innovation in Cape Town, which reveals how data from electrical smart meters, sensors in water utilities, and RFID tags on garbage cans can help make better basic services and how the software plays crucial role in financial management, including collection of taxes and other revenues.

Also, in major cities like Delhi and Boston, mobile apps are becoming common for easing the city services to reach the people and to gather information about the state of roads and other infrastructure that causes disturbance to public. In the city of Boston, the government has adopted performance management techniques with the help of dashboards to ensure the city and its services are operating at peak performance, consistently. In Pune, India, officials are deploying mobile technology to carry out the census of trees, to improve the quality of air and in turn quality of life.