The Story of Casino's Transformation: A Nostalgic Note 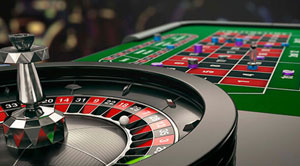 The world has evolved in so many ways more than perceivable, is it possible to imagine the technology advancements a few decades from now?

FREMONT, CA: The technological revolution has enhanced the day-to-day lives of humans beyond comprehension. Technologies that existed ten years ago have evolved into sophisticated systems, making tasks easier and faster while introducing features that no one knew existed. The technologies from the film Back to the Future, which fascinated people a decade ago, are realized at present, with some of them already seeming old.

It has been the same in the casino business as well, as they transformed from manual to entirely automated. Casinos have reached a level where robotic automation covers the drinks for the player as well as deals the card. The games offered appeared to follow the same trends as regular PC games. They were terrific, but when it is looked in detail about the advancements the casino industry has implemented, it shows why it belongs to a league of its own.

In the 2000s, the graphical enhancements turned the land-based casinos around; the conventional places couldn’t keep up. The biggest attraction was the incredibly high payout percentage, which added an extra 10 percent in the player’s favor. IT made it possible to win more games easily while offering a much larger variety of features, titles, game styles, and even storylines.

By the end of 2010, advancements in technology took to the center stage at online casinos, which brought in the dawn of animations. HTML5 mobile applications and online security-enabled players to the security deposit and withdraw funds to an online casino.

In a gap of less than half a decade, the first variation of live dealer game was released. It presented the most realistic table game experience with an actual dealer on the screen of computers and mobile devices. By this time, slots had become a lot more sophisticated, offering 3D animations, multiple bonus features, and technology that allowed mobile gaming via tablets and smartphones.

Many enjoy the complexity of features and have the advantage of playing games from just about any device. However, was only access to lower house edges, fair games, unbelievable graphics, and enhanced engagement enough? Have the casino games achieved the limits? Is it as good as it gets?

Regardless of the aspects considered in casino games, the answer is no. The technological enhancements have been implemented today will be old again in another decade, and by then the whole process would have been revamped again.