The Synergy between Blockchain and Gaming 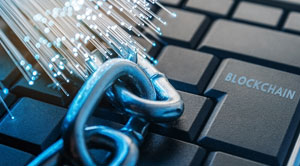 Gaming, today, is no longer a pastime activity. It is a passion that people are willing to pursue even at a premium. Accordingly, there are games like the Fortnite and League of Legends, among others, where gamers usually pay to play the game and develop a sense of ownership over the rewards they win. But the manner in which the online payments are processed is not clear. Due to the absence of an industry standard, different games have different patterns in which the gamers’ payments are processed. The regulations governing these games are unclear, which guarantees no legal ownership of the rewards “won” by the gamers. Blockchain has proved to be the panacea for all problems existing in the gaming landscape to protect the gamers’ interest.

Being a digital ledger, blockchain stores all the transactions in a decentralized manner, allowing enough scope for verification by an entire community through a shared file. The transactional data remains untouched even when the system goes offline, thereby enhancing the possibility of genuine ownership for gamers; players would have the required level of accountability with regard to their possessions.

Despite the reliability offered by blockchain, the gamers continue to be gullible to a small degree. While the data within the blockchain environment is safe, the areas outside blockchain such as the gamers’ social media accounts or even email ID could be targeted. However, gamers can always notify the developers and have the issue sorted.