The transformation of Connected IoT to cognitive IoT 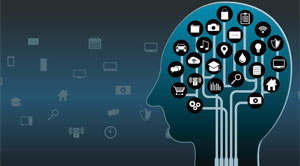 According to the research firm Frost & Sullivan, the Internet of Things (IoT) which is also known as connected devices will transition to cognitive IoT in less than 18 months. IoT enables to gather and exchange data between interconnected devices like vehicles, computers, buildings, and machines embedded with software, sensors, and other electronics without human interference. Initially, IoT was developed to make use of the internet and various sensors to translate the physical industrial word to digitized information.

Cognitive computing implies that the devices will be programmed using the human perception and thought system. Moreover, the devices will have the capability to experience, think and implement working from the knowledge it has gained from the previous experiences rather than to rely completely on the given instructions to given scenarios. Currently, we discard 90 percent of the information gathered by the sensors for numerous reason, but with the advancement of cognitive IoT devices, 80 percent of this data can be leveraged to its full potential. This promises a new future for the IoT devices which will lead us to innovations that we are yet to be aware of.

With the rapid rate of development, surveys predict that IoT has the capability of providing more than 29 billion IoT devices by the year 2020. Furthermore, according to the research firm Frost & Sullivan, the growth rate of the IoT devices leading up to 2023 will have a 29.3% Compound Annual Growth Rate (CAGR) worldwide.