The Use of Blockchain for IoT Security 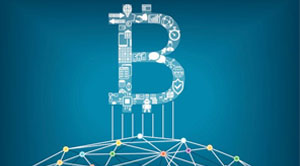 The advancements in the Internet of Things (IoT) landscape is significantly impacting the daily lives of consumers and business organizations, generating a large amount of data through connected devices. Due to the lack of efficient firewall systems, the sensitive data sets are prone to cyberattacks by unauthorized users and hackers which is causing an invasion to personal space. The increase in connectivity is further increasing the risk of data piracy.

To secure the possibility of every potential outbreak of personal details, organizations are taking a more advanced approach and adopting technologies such as blockchain technology. The characteristics of peer-to-peer ledger distribution, determinative stand on accountability and transparency in transactions make blockchain a perfect fit for an advanced security solution. Segregation of confidential information across different networks by blockchain technology diminishes the threat which is often faced by centrally stored sensitive data. Furthermore, blockchain reduces the vulnerability of data leakage by inducing various encryption methods such as public key infrastructure (PKI) model, which acts as a form of added enciphered defense mechanism.

With the inflation of cryptological currencies in recent years, a significant shift from a preliminary ledger approach to an advanced distributed ledger technology (DLT) has been observed. The data capturing ledger state with a coded language of a transaction and a protocol used to build consensus among participants altogether constitute the main framework of DLT. Blockchain being one of the subsidiaries in DLT have flocked the interest of several financial organizations and industry experts owing to its ability to construct a chronological chain of protection blocks, which provides an enigmatic approach to consumers’ confidentiality.

The exclusion of middle-man or any third party from the data derivative process certifies the trust and reliability factor which previously lacked in the traditional security systems. With IoT users and devices magnifying, organizations need to reconsider and restructure the security methods for data safety.