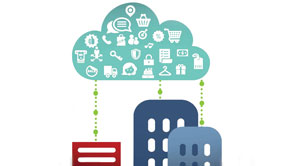 The recent years have observed a surge in the development and use of Open Source computing, sometimes as a surrogate for mainstream applications, or, in an effort to leverage the shared approach towards a definitive application through collaborative computing. Nonetheless, the omnipotent cloud computing has also shown no mark of hesitation dealing a hand into this. The cloud, using an open development process has taken over the traditional proprietary form of computing.

A recent survey conducted by Black Duck, a company that operates in securing and managing Open Source Software, revealed that 50 percent of the enterprises are moving towards the Open Source cloud computing space. Performed in collaboration with Forrester Research, the survey took opinions from startups to leading Open Source vendors and global foundations. Many businesses are successfully shifting towards Open Source to utilize a secure and stable operating system, incredibly powerful databases, and a dependable and functional web server. The flexible programming languages are also influenced on new or aging hardware to achieve lower operational costs, interoperability, qualitative code, and vendor lock-in free capabilities.

The transition from traditional to Open Source domain provides a hassle-free movement, where enterprises can switch to cloud or traditional hosting depending on the requirement.

Open Source cloud computing for enterprise is all about selecting the right Open Source software components, figuring out how to integrate them, and ensuring they work together, all in the service of delivering a reliable infrastructure to application groups.

OpenStack serves increasing number of IT environments as a foundation for public, private and managed infrastructure. The solution is used by organizations to build their own private clouds allowing data centers to pool their compute, storage, and networking resources and manage them using a dashboard interface. Platforms including Cloud Foundry and container technologies like Docker are delivered using OpenStack by directly accessing APIs to develop applications on top of the infrastructure. Set to etch a mark, the software is supported by 190,000 individuals across 144 countries worldwide.

Cloud Foundry is the growing Platform-as-a-Service (PaaS). The project initialized by Pivotal, a spin-off by EMC/ VMware- delivers a turnkey experience for scaling and updating PaaS on the private cloud.  It also empowers businesses to deliver applications and update them with latest features. Cloud Foundry works along with OpenStack to build highly-available and scalable PaaS platforms.

Hadoop is an Apache Open Source framework that allows enterprises to store and process big data using simple programming models. A Hadoop frame-worked application works in an environment that provides distributed storage and computation across clusters of computers. The framework is further designed to scale up from single server to thousand of servers, each offering local computation and storage.

Docker uses containers to create, deploy and run applications. The Container-as-a-Service (CaaS) is supported by companies such as Google, Amazon Web Services and Microsoft. Docker is the Open Source project that automates the deployment of applications that are bundled in containers, across several Linux servers, thus improving application portability. In addition, it also leverages the portability of applications to increase the availability, further reducing overall risk.

Mesos is an Apache Software Foundation project that helps to run applications from one another in isolation. The applications at the same time are also dynamically distributed among several nodes within a cluster. Enterprise big giant’s like Twitter and Airbnb are the frequent users of Mesos.

Here are some fundamental advantages that Open Source offers over proprietary solutions:

Open Source enables technology agility, typically offering multiple ways to solve problems.  As an open software, eliminates vendor lock-in and restrictions, within the organizations. Instead of waiting for the vendor to deliver the capability; using Open Source software—one could start building a project, or a platform, or testing feasibility by their own.

Open Source has the ability to take the community decisions; get started; understand whether they can solve the business problem, and deliver value right away. In contrast to proprietary software, Open Source solutions can be modified and adapted to meet the needs of specific project.

Comparatively to the proprietary solution, Open Source is much more cost–effective. The ability to start small and scale has made Open Source inexpensive in an enterprise environment. The enterprises are often budget challenged, allowing organizations in making financial sense to explore Open Source solutions.

Open Source provides organizations the facility to initially start small and quick, further migrating to a commercially-supported solution based on the business requirements. It also provides robust alternatives to pick the solution that works and then scale up with the commercial solution.

The robust advantage of Open Source is community involvement. It allows users to share the cost of maintaining and sustaining applications among multiple parties, thus eliminating the sustenance by a single user.

Impediments faced by the Enterprises in the Open Source Path:

Open Source can tend more towards the developer’s line than the needs of end user. Moving towards the wishes of the developer can make it less user-friendly and complicated to use, because slighter attention is paid in developing the user interface.

When facing problems, there may also be less support available as Open Source software tends to rely more on its community of users to respond to and fix them. Since the Open Source software comes free of charge, there is a chance of indirect costs being involved, such as paying for external support.

Open Source involves a large number of people in identifying bugs and fixing them. The vulnerability may further result in malicious users to potentially view and exploit it.

Open Source has transformed the software landscape by offering enormous opportunity to enterprise IT organizations. The phenomenon of enterprise hosting issue denominated ‘lock-in’ slashes flexibility in switching to another provider making enterprises to remain locked in to their existing providers. By using Open Source platform, the fear of vendor lock-in is reduced by establishing a standard cloud platform that can be deployed anywhere .In addition, it adopts and maintains cloud computing by eliminating the time, difficulty and expense of re-architecting IT applications. Open Source cloud computing solution also helps in moving enterprises towards an open federation, which ranks the service as an indispensable option for CEOs, CFOs, CIOs and other IT executives. 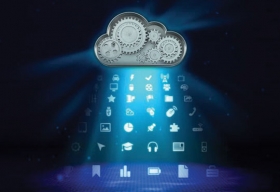 How to Choose Open Source SDN 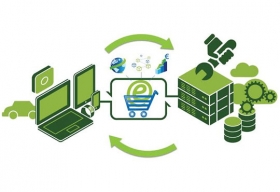 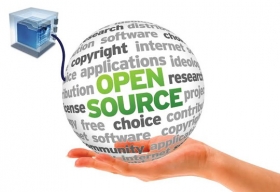 What are the Open Source Backup Offerings for SMBs? 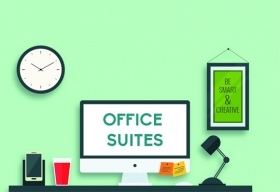 OpenOffice vs LibreOffice: A Comparison of the Twins