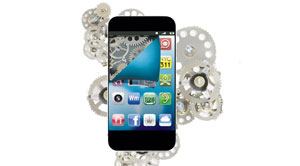 Would legacy systems enjoy a ‘rebranded’ fate similar to how wristwatches are being endorsed with the ‘smart’ tag? Or would they go down in history like the VHS? The answer would depend on the tasks they are designed to undertake. Legacy systems are still employed at large by many enterprises. When Microsoft announced in April of 2014 that it would no longer support the 13-year-old Windows XP operating system, it was astonishing after facts surfaced that 95 percent of the ATMs ran the OS even after a year since the announcement. "When a company ends support, like Microsoft did, then vulnerabilities don't get fixed. If these vulnerabilities get public, [they] will be all over the Internet and easy to exploit. The problem with XP is that it was such a good and robust system that it still has quite a large user base," said Andrey Pozhogin, senior product marketing manager at Kaspersky Lab North America.

Unlike legacy systems that had an orientation to embrace consolidation at the backend of enterprises; modernizing them would call for an effort for decentralization. As such, designing a system that lay emphasis on user interface and ease of use is a challenge. This is where the development team needs to work closely with the Business Process Management (BPM) to ensure that the modernized system does not come as an inconvenience to the workforce that has already been rattled from the inertia aligned with legacy systems.

Close communications with users to gain potential insights is imperative. For instance, mobile devices endorsing the BYOD trend may require only the gist of backend data as bloating it with the available information would make it difficult for the end user. While some firms may only require extended functionalities to be made handy, others may need a suite of applications encapsulated by a dashboard.

The risks associated from running legacy systems include loss of flexibility, compatibility issues with newer ecosystems, and limited options for support and maintenance. Detailed documentation that captures system information, staying up to date on software versions, and evaluation from security perspectives are steps that help in minimizing some of the risks involved. Although modernizing legacy systems embraces its decentralization, its implementation should be so. A mere cluster of web based services should not be equated to traditional system replacement. A focused and centralized architecture has to be envisioned in this regard.

Deciding when to initiate the transition from using a legacy system that works ‘just fine’ could be confounding. Modernizing legacy systems does not necessarily translate to savings. As in the case of many SMBs, it may even turn out that certain functions are better off with existing infrastructure.  There are people who opt for a smart-watch primarily because it is ‘the trend’ and not adhering to it would mean a primitive lifestyle as suggested by ads and market claims; while there are those who are keen on experimenting on its ‘supposed’ benefits. And then there are those who are content with the traditional watch. It is not necessary that everything be modernized in haste. As long as legacy components deliver and assure a fair run into the future, efforts to modernize can be left to its pace. It would also be ignorant to not contemplate and plan ahead.

When legacy systems are involved with the functioning of enterprise mission critical applications, CIOs tend to show more reluctance to modernization. The U.S. Army for instance purchased a Microsoft Custom Support Agreement (CSA) for Windows XP according to which ‘The Army has continued extended support to avoid security vulnerabilities on the existing licenses’. The Navy is also paying for continued support for Microsoft's Office 2003, Exchange 2003 and Server 2003. According to an IDG News Service report, the U.S. Navy entered into a $9.1 million contract that would keep the XP security patches and updates coming until 2017.

Being part of the core business, vital infrastructure applications demand more than just an Application Programming Interface (API) orchestration and in many instances; have to be tailor made. Owing to the dynamicity in emerging technology trends, a ‘one size fits all’ solution may not materialize. Hence, thorough evaluation from multiple angles would pave a clearer path for enterprises looking to modernize their legacy systems.

OneSource Virtual: A Cloud based Alternative to Traditional BPO