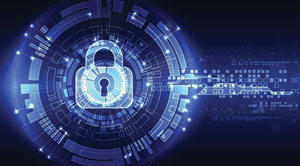 With the help of proper technical visibility and control, the DoS and DDoS threats can be determined and tackled soon to minimize the damages.

FREMONT, CA: Denial-of-Service (DoS) is a cyber attack that attack prevents users to access the machine, network, or services. The DoS typically floods the target or web services to trigger a crash. Unlike the virus, DoS need not any specific program to run; it takes advantage of the inherent properties of the computer communication network. The attackers gain the ability to access services, and information whiles the DoS execution. The server crash can often be dealt with successfully rebooting the system. The attack traffic can come from numerous source or webpage simultaneously, which makes the system difficult to recover. Preventions are always the best solution to any occurred issue since DoS is mostly unpredictable, early recognition and taking necessary actions seem to be perfect defending measures.

Updating the security software and applications helps to identify and patch the communication vulnerabilities where attackers target majorly. Anti-Distributed denial of services (anti-DDoS) technology defends against the legitimate spikes in network traffic and DDoS attacks. The latest updates of firewalls and routers can also be configured to secure the patches for harmful traffics.

If the system is already under attack, the Internet service provider (ISP) can reroute the traffic. Internet Service Providers can direct excessive traffic into a null route which is known as “black hole routing”, protecting the targeted network or website from the crash. The only drawback to this process is that all the incoming traffic, including the genuine and fake, will route in the same way.

The integrated front-end hardware into the network reaches the server before traffics and helps to classify the data according to their regular visit, priority, and genuine data. It analyzes and screen data packets to block the threatening traffic to enter a system and allows the users to access the applications of website uninterrupted.

An advanced strategic plan to defend against the DoS and DDoS threats can increase the performance of an organization uninterruptedly. In the expanding world of internet and cloud computing platforms, the risk of DoS and DDoS attacks are growing rapidly. Providing effective plans with quick and responsive actions can minimize the risk to a vast extent.