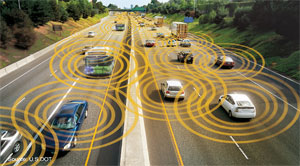 PALO ALTO, CA:  Artificial Intelligence is slowly making way into the everyday lives, burying the pre-smartphone age and giving birth to a more agile and connected aeon. No matter how improbable it may seem now, the time is not far when AI will outsmart human beings. Taking the era of AI forward, Toyota contributed a staggering 50 Mn dollars to open research centers in partnership with Stanford University and MIT for the study of artificial intelligence and robotics to entrust greater autonomy to Toyota cars. The $50 million will be invested over a stretch of five years for the R&D team to develop on the autonomous vehicle technology.

The initial focus will be on accelerating the development of AI with applications for smarter and safer vehicles, as well as robots that can make lives better at home, especially as people age.

A completely self-driven car from Toyota is still something to wait for, but the automobile architect is convinced of building an improved human environment by creating a strong co-relation between people and the machines.  In contrast to the competitors who are experimenting with self driven cars in top gear, Toyota will pursue its dream with a person seated at the wheel to drive the car.. “There’s a fundamental difference between the Toyota approach and what some of the other companies are pursuing: we think that the feeling of amplified mobility that a car can give you . . . that’s something we want to preserve and enhance. And so the question is, how can AI and robotics be used not only to make cars safer but also more fun to drive, not less?” says Dr. Gill Pratt, DARPA Program Manager, Toyota.

This futuristic vehicle is presumed to be capable of detecting stress levels of driver and trigger playing their favorite playlist, communicate with the fridge back home to notify the driver of empty supplies, efficiently tackle the challenge of driving in adverse weather and other driving conditions using navigation tools based on the perception.