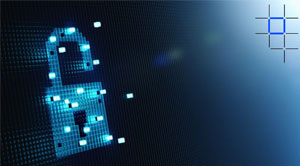 Blockchain technology has gained popularity in last one year but many industries and sectors find it useful and have put up their views on how blockchain can transform and enhance the workflow. Another such industry is digital media which foresees the applications of blockchain and believes it to be a revolutionary tool providing security, transparency and eliminate rule over data and platform. Some of the applications have been discussed below.

Digital media industry faces huge problem copyrights time and again which seems to be resolving through the immutability feature of the blockchain. The feature eliminates tampering and modification of data stored which means once copyright is issued and its data is stored in blockchain it will become perennial and can be accessed all around the world ending the dispute probably forever.

Current online advertisements lack the needed transparency and companies are unable to get the accurate number of actual clicks which is resulting in Ad fraud. Advertisers and organization are in a tussle to obtain transparency and trust in the channel and blockchain with transparency and security being its core features would be able to provide the required. Each transaction made in the ledger is recorded and validated which concludes that Ad fraud can be automatically mitigated and a trustworthy ecosystem of advertisement trade can be established.

Since blockchain provides peer-to-peer communication and exchange it automatically eliminates any third-party vendors from the advertisement chain and allows direct communication between organization and advertisers. This not only brings transparency to the network but also enables agility and cost-cutting from the trade.

Various incidents of data leak and data trade have cleared a scenario that search engines and social media websites are easily sharing and distributing consumer’s private data over which they have no control. Although regulatory authorities are being established still blockchain is required to enhance data privacy, security, and control. Blockchain ledgers are distributed which eliminates the rule over data. Also, they validate each user who wants to access the data providing high security. Once consumer stores his/her personal data over the blockchain network than only after validation and obtaining permission from consumer any organization can access the data, giving complete data control and privacy.