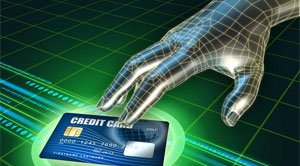 The Department of Homeland Security updated a cybersecurity alert that over one thousand major enterprise networks and small and medium businesses in the U.S. have been compromised with malware designed to infect point of sale (POS) systems.

The malware package named dubbed “Backoff,” is behind all recent breaches at several major retailers including Target, Supervalu supermarkets and UPS stores. Backoff can be used to steal credit card data from POS systems.

It also attempts to exploit remote desktop applications on systems and is also capable of monitoring and logging keystrokes as well as exfiltrating data to a remote server. Seven POS vendors have confirmed that they have multiple clients affected with several variants of Backoff malware.

Reusable exploits used to hack point-of-sale systems are wreaking havoc among retailers,” says Dwayne Melancon, chief technology officer at Tripwire. “The proliferation of Backoff malware emphasizes the need to understand what is on your network, whether you can trust it, and whether it has any known vulnerabilities. Many businesses tend to have a ‘deploy and forget’ mentality for much of their infrastructure, making it easy for attackers to gain access to their systems.