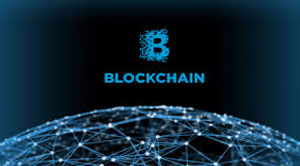 To put it simply, Blockchain is an electronic ledger that can be openly shared among disparate users, creating an unchangeable record of their transactions. Each digital record or transaction is time-stamped and linked to the previous one in the thread called a block, and it allows users to participate in the ledger. Since each block is linked to a specific participant, Blockchain can be updated by a consensus between the participants in the system, and when new data is entered, it cannot be erased. Thus ensuring a secure and verifiable record of every transaction made in the Blockchain.

While Blockchain technology is poised to transform IT in the same way as the open-source software did a few decades ago, many years will pass before it replaces traditional business models. However, Blockchain is a disruptive technology that has the potential to create new foundations for economic and social systems at a lower cost and increased efficiency. Blockchain databases can be managed autonomously to exchange information due to its peer-to-peer network, combined with a time-stamping server. In addition Blockchain networks are used for “smart contracts” that execute automatically when specific parameters are met.

With the hype surrounding Blockchain as a new paradigm in the way, information is shared securely, vendors and companies are focusing on how to leverage the distributed ledger technology to reduce costs and save time. Consequently, various industries are implementing Blockchain including shipping, fintech, and healthcare. Blockchain creates an immutable record, which cannot be modified, deleted, or appended by a singular block, allowing every participant in the supply chain to track the goods in transit, along with documents, bills, and other data in real time. According to an Accenture report, Blockchain technology could reduce infrastructure costs for investment banks by 30 percent in annual cost savings. This is because Blockchain eliminates inefficiencies with payments, clearance and settlements as organizations in the same database or ledger can instantly share data without the need for confirmation or trade break analysis. Furthermore, in the healthcare landscape, Blockchain can function as a collaboration network to enable various parties to share information and act as a verification tool.