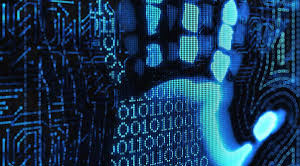 VR technology acts as a sophisticated forensics tool to unlock several applications in the legislative ecosystem.

FREMONT, CA: Let's assume that you are a criminal detective. To effectively solve a case, you have to close the crime scene, investigate the neighboring areas, analyze & formulate plans, and identify suspects based on imagination. It is no doubt a complicated procedure to follow, and the high probability of failing worsens the effectiveness of law enforcement. However, on the flip side, close-down of streets gives rise to congested roadways hampering the entire flow of traffic movement. Furthermore, improper infiltration of private property during the survey can end up in a lawsuit against you.

Therefore, forensic investigators were struck with a question of what technology to involve, which not only clarifies congestive entanglements but also breaks the physical norms of an environment. So, the developers with the collective support from the law administrative boards introduced virtual reality (VR) to facilitate the forensic activities. The decision to make Virtual reality (VR) technology mainstream within law enforcement can provide detailed information from the crime scene.

VR technology has been entirely designed around human sense, and perfect manipulation of these senses can unlock the full potential of the human mind. Synthetic atmosphere successfully catalyzes the monitoring and directional ability by directly providing a customizable matrix of data. Moreover, the VR environment adds a sense of presence by leveraging visual capabilities.

As visuals are the most logical form of perception, the informatively constructed scenarios presented at the courts will provide an in-depth and comprehensive analysis of criminals, murders, and accidents. The confusing traditional solving approach does not offer possibilities to visualize the actual events of the crime; hence, pinpointing the root cause for a case becomes impossible.

Revisiting the crime scenes, and bending the real-world's physical limitation provides a 360 view of the entire event which not only decreases the cost of conducting practices but also reduces the risk of properties damaged. As average citizens, we sometimes fail to understand the potential of new technology, but in looking closely, we can observe that adopting VR will also affect other industrial sectors as well.