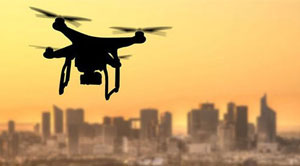 Every country is adopting new technologies and working relentlessly on research and development programs to showcase their capabilities of armed forces. The U.S. military has made one such development in delivering a successful high-energy laser weapon to counter aerial threats. The prototype weapon was showcased during the Association of the U.S. Army Global Defense Symposium held at Army Space and Missile Defense Command in Huntsville, Alabama.

Prototype weapon Mobile Experimental High Energy Laser (MEHEL) is linked to Ku-band radar tracker and mounted on IAV Stryker, which can track and strike down any aerial threats with top-notch precision. MEHEL is tried and tested by the U.S. army to understand its capabilities, and the results were brutal. It managed to strike down a drone, punch a hole through one of the advanced Russian machine rifle AK47, and also puncture thick steel plates.

MEHEL’s purpose is to target any unnecessary aerial intrusions like drones, missiles, mortars, rockets, and so on. One major advantage of this weapon is efficient costing; it costs about $30 for each threat kills. This high-tech weapon requires only two soldiers to operate it. These numbers will prove significant in reducing the overall battle cost for the government.

Based on the inputs by the army’s millennial troops, developers built the weapon’s operating interface using the concept of Xbox Joystick controllers. This concept enabled the young troops to be adept with the controllers and shoot down the targets precisely with just about 5 minutes of training. The computer graphics interface is built to stay simple and make the operation easier for beginners; moreover, development of this mobile weapon was accomplished based on troop's input and suggestions.

Currently, the laser weapon consumes about 10kw of energy and is ready to be handed over to the on-field troops to serve its purpose, and also research is being carried out to improve the machine in every possible way. The army has started working on a similar weapon that can operate at 50kw power, which is expected to be completed by 2021.