User Interface: An Essential part of a Effective API design 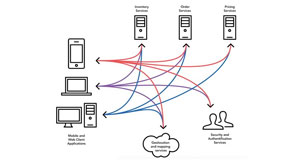 In Information technology, User Interface (UI) is everything that is designed into an information device through which customers can interact. UI includes everything from display screens, keyboards, mouse, light pen, the appearance of a desktop, illuminated characters, help messages as well as how an application program invites interaction and responds to it. During the period of early computers, there was very little User Interface except for a few buttons at an operator’s console. However, it was made available in the form of punched card input and report output. As time wore on, a user was empowered with the ability to interact with a computer online before the Graphical User Interface (GUI) arrived. User Interface can include all of the total user experience which includes the aesthetic appearance of the device, response time and the content that is presented to the user. There is no doubt that a well-designed interface can make a notable difference, both in perception and in actual usage.

API which stands for Application Programming Interface is not a service but rather the visible portion of a service to the consuming system. With pace of working and expectations changing, organizations prefer to employ an API model and gain adoption as quickly as possible rather than waiting for a standard body. This enables them to read documentation, register for access and begin writing code against an API in a matter of minutes or hours.

Check This Out:  API Solution Companies

Taking this into account, it is safe to state that the design of APIs have become very critical. With poorly designed interfaces resulting in frustrating consumers, more expensive integration efforts and possibly even revenue loss, both startups as well as established enterprises are focusing on APIs. As such, below are certain factors that can be considered when taking API design decisions:

Apart from it, having a solid vision is an integral part for an API. Hence users need to address concerns like — Is concern centred on internal development projects and system integration? Are features being exposed publicly? If the concern is internal development and system integration, APIs need to be more expansive. With most companies claiming to offer many areas of reuse, it is beneficial to make sure that the reuse is as optimal as it could be. This is important as APIs have a direct impact on the number of changes that go on within services. While dealing with the concern about exposing thing publicly or externally, it is necessary to consider APIs as a product. No matter what, if a company is dealing with consumers outside a firewall, it needs to commit to invest in the effort. A higher level of investment may allow more hands-on interaction however if the investment is low, API design must try to enable as much self-service in a bid to minimize costs.

It is imperative to make sure that an API is not put out there just for the sake of it and forget about it until there are complaints from customers. Enabling customers to have a say being one of the first decisions from the design perspective, organizations try to differentiate themselves from its competitors with regard to the level of customization allowed in their product.

As there is a gravitational pull towards Web-based APIs from a technological perspective, there are other approaches as well as technologies which needs to be supported when dealing with an established marketplace. With a good API design always focused on business results, it must be aligned with the organizations business strategy.