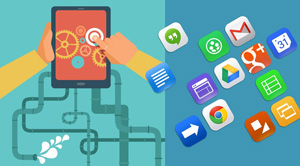 With APIs gaining importance in today’s digital age, it is essential for organizations to follow the right techniques and language to build the API correctly. Developers usually consider many factors before creating an API that include knowing the applications and usage, addressing component architecture and binding frameworks. However, an important consideration is the language used to construct the API. There are multiple reasons for choosing a different development language like Java, C#, and more for public API construction that include stability, security and quality.

Usually, an application's internal hosting environment is designed for existing internal users. Once the number of users increases, even if the environment is given double-duty to support external clients or duplicated in its entirety, it wasn't designed for the different level of use that an API demands. This results in a declined performance of the API and also affects existing users.

A major consideration is security. The API should be deeply engrained in the application from a contractual standpoint and can only exhibit features that are ultimately supported by the underlying system. In case the API and the application are written in the same language, then the possibility for a drift between the two is high. For instance, a developer makes an enhancement or fixes some code used by an existing API method. He may get positive results when he tests the front end, but that does not imply that the API has not been affected. The application change may expose undesired information externally, or impact API performance. A separate team responsible for API construction and testing should be able to identify as well as prevent API drift as part of its regular development cycle.

Over the years, some new platforms have proven to be vulnerable to malicious threats or underperform during higher loads. If the platform is running internally then it can be managed by the developers and can be fixed. However, if the platform runs behind a firewall it is difficult for developers to manage it, but on the other hand the stability is compromised.

Another important aspect to keep in mind is quality. One of the main reasons for developers to use various languages for an API is to produce a good design. When the primary application and API are developed by the same team on the same platform, there are high chances for the API to reflect the structure of the application. This is usually different from what external developers look for. They don't require any kind of familiarity with how an application is written in order to chain a series of API calls together for accomplishing a specific goal. Since they are different class of customers with unique needs, organizations need to construct APIs on a different platform to create distinction between the current product and its API. This can be facilitated by a dual-team structure that helps refine APIs. There are a number of reasons to host an API on an alternative platform, which include enabling a legacy technology through API. Alternative languages help in finding cheaper talent and better performance.

Many large organizations have the resources and skills across multiple platforms making construction of API in a different language an easy task. On the other hand, a smaller organization may lack the required skill set and capital to invest in hiring and training new staff to build new infrastructure. They can have open discussions about alternative languages to spot weaknesses and pain points to address them comprehensively.