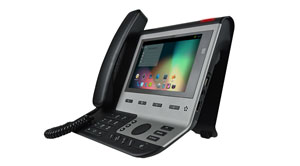 SAN JOSE, CA: VirtualPBX, a national provider of Unified Communications (UC) to businesses over the cloud, has announced that it has successfully finished new batteries of interoperability testing (IOT) with Yealink— equipments manufacturer. Anteceded by the unveiling of new Yealink T4 series of desktop phones, these tests certainly proved the seamless compatibility between them and the all-new VirtualPBX Dash UC platform.

The customers of VirtualPBX have invariably enjoyed a wide array of feature-rich equipment to choose from, and the T4 series boosts their options even further. The companies will be organizing a webinar on Wednesday, April, 6, 2016, to showcase the complimentary functions of the new T4 phones on the Dash platform for product highlights, demos, and questions.

“Functionality is key when choosing a VoIP phone for your business, customers tend to look at features first, though,” said Kevin Peyton, Vice President of Sales at VirtualPBX. “With the new Yealink T4 series added to our line-up, however, customers get our leading service and reliability with really any bell or whistle they want including immediate compatibility with the button commands on the phone itself. Between our platform and these phones, what else could you need?”

Yealink’s ultra-elegant T4 series seamlessly and promptly dovetails with VirtualPBX’s Dash VoIP platform as a result of IOT. The partnership guarantees full operation of all the functions and support provided by both companies, as well as supports any firmware and software updates as they arrive.

“Yealink always endeavors for interoperability with the broadest range of platforms and the partnership with VirtualPBX is a terrific example,” said Stone Lu, Vice President of Yealink. “Together, we offer a competitive solution for customers in the United States, especially SMBs that are seeking optimized performance and budgets.”

Granite Telecommunications: A Testament to the Imperishable Spirit of Entrepreneurship

SWYX: Leveraging Communication as a Competitive Advantage for SMEs

ITsavvy: Creating the Perfect UC Environment for Your Business