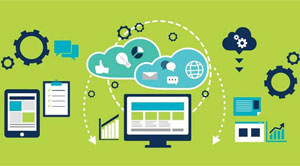 Today, hypervisors are fundamental components of any virtualization environment. It can act as the operating system for virtualized systems. Moreover, the hypervisor has the permission to access all the physical devices existing on a server along with access to the memory and disk as well as control of all aspects and parts of a virtual machine.

Commonly, hypervisors are classified into bare metal and native, and embedded and hosted.

These hypervisors are run on the host's hardware to control it and also for managing the virtual machines on the host.

These hypervisors are run as software using an operating system such as Windows, FreeBSD, or Linux.

But, hosted hypervisors offer seamless setup operation than bare metal hypervisors as it adopts the user’s operating system to work with. These are also compatible with a broad range of hardware.

Offered by VMware, the vSphere Hypervisor is a free bare-metal hypervisor that virtualizes servers so that the users can consolidate their applications on less hardware. The hypervisor’s built-in management tool creates and provisions the users in virtual machines within few minutes.

In addition, the VMware Hypervisor comes with hardened drivers for high reliability. It guarantees ideal performance for vSphere Hypervisor via partnerships with independent hardware vendors.

Introduced in 2008, Hyper-V from Microsoft is a shortened as well as standalone version of Windows Server where Microsoft removed irrelevant programs to virtualization services, and Graphical User Interface (GUI) to make the server as compact as possible. Plus, the server needs lesser maintenance time and it is less vulnerable, as there are fewer components which result in less patching.

Hyper-V is a hybrid hypervisor which is installed from the operating system using the windows role adding wizard. However, during installation it redesigns the operating system architecture and becomes just like a next layer on the physical hardware. It is specially designed to run the user workloads. Moreover, it allows seamless migration of data from on-premises to a Windows Server virtual machine in the cloud.

The Hyper-V comes with a unique built-in security for virtualized workloads. The user can use Shielded Virtual Machines for encrypting user data virtual machines with BitLocker and help ensure they run only on hosts approved by the Host Guardian Service. Moreover, it allows deploying various applications on multiple operating systems with best-in-class support for Linux.