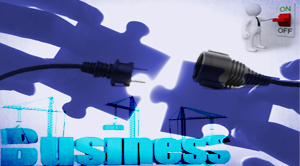 Over 150 IT professionals in a quarter of 2015 faced disintegration among CIOs, developers and IT managers. Companies with 500 to 10K and above employees from major industries like retail and telecom to financial services and energy, constituted maximum share of respondents.

CIO’s, IT manager’s and developer’s survey disclosed that 67 percent respondents rely on organization’s real-time data analysis, however approximately 66 percent respondents have a point of view that it is only 50 percent reliable. Real-time streaming appears to be data-driven economy’s key factor; the survey shows many loopholes in the way industries and job titles utilize real time data.

91 percent CIOs, IT managers and developers believe that real-time streaming data analytics gives positive impact to company’s bottom line. Whereas, 84 percent of CIOs have faith in the organization’s real time data analysis, but just 42 percent of developers go along with this statement given by CIOs. 48 percent developers have mind-set that budget and internal resource constraints are the hindrances to responding and acting in real time, only 18 percent CIO’s views match with them.

According to 35 percent of CIOs, real time data analysis is quick and works in seconds or milliseconds, whereas 32 percent of developers said it is slow and takes minutes or not as per marked standards. 56 percent of the respondents believe that real time streaming data needs are different from Big Data applications.

"While there's increasing recognition that competitive advantage depends on how quickly you can use data to make your business smarter, more engaging, responsive and interactive, there's a gap in understanding how to effectively deploy the solutions that will have the most impact," said Peter Vescuso, Vice President of Marketing, VoltDB.

VoltDB strengthens the agenda of boosting the crucial applications with latest features, functionality and performance, to make customers aware that incorporating live data analytics capability in their organizations would profit them.