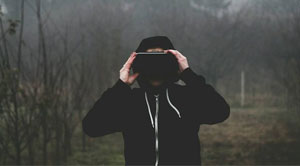 VR creates a truly 3D work environment for the software developers who are left with a few 2D monitors in front of them.

FREMONT, CA: Software development processes have dramatically transformed over the years. Accelerated technological transformations over the past two decades have resulted in major disruption in every sector where the software industry is not an exception either. Virtual reality (VR) is one such technology which is transforming the working habits of software engineers. VR is enabling software engineers to surround themselves in a truly 3D work environment against being limited to a few 2D monitors in front of them. Moreover, VR allows interaction which offers more freedom and is more familiar to users than a traditional mouse and keyboard. Here are the ways in which VR will influence software engineering in the future:

Currently, co-located development teams can communicate face to face while distributed teams face numerous challenges as the consumer video conferencing such as Skype is too slow. Applications must have around 125 msec delays for the audio and video feeds to be indistinguishable.

In contrast, cross-country Skype calls have a delay of over 250 msec, which is still slow. Applications such as High Fidelity is incorporating infrastructure for virtual worlds that offers the audio delay below 90 msec. It's a low enough delay which if coupled with facial expressions, can display them on avatars. The same infrastructure can also be applied in the field of software processes.

It involves two developers program at the same computer and can spot each other's errors. VR and body sensing will enable remote developers to work at a shared virtual desk. They can talk in real-time, see the same files, and even specify the line of code that they want to discuss.

Shared VR spaces customized to facilitate the developer's activities will enable remote workers to experience immersive visualizations. A control flow graph can be depicted via a maze of rooms where the team could walk. The team-members can cover each path and yet still have an overlay of where the other members are working and how the positions relate to each other. Remote workers can trace a separate path even now. However, they have a difficult time communicating those paths and where those paths stand with respect to each other.

Interacting with a simulation gets challenging as it might require positioning a virtual cursor, especially when there is just a 2D view of the scene. VR enables users to view, manipulate, and explore simulated worlds directly. The direct interactions add a subtle but crucial advantage against 2D-projected simulations. Such a sense of immersion equips the users with unhindered access to the simulation enabling quicker turn-around while debugging or testing the simulated software.

Separating from the Physical

Some problems do not have a 3D representation, which makes it difficult to display via VR. For instance, the 2D code can be displayed via VR, but the code does not have a third dimension and thus misses the expressiveness of 3D.