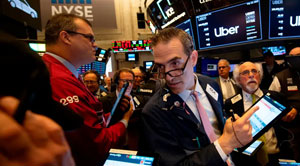 Influential figures are gathering near the Wall Street to redesign one of the most profitable and oldest businesses on earth. The officials have planned to replace the financial underwriters by applying modernized computer code and other strategies like direct listings.

FREMONT, CA: One of the oldest and lucrative businesses is on the verge of getting redesigned for which influential figures are gathering two thousand and five hundred miles from the Wall Street, but only a few from the industry will have the privilege to get a seat at the table.

Hundreds of executives and industrialists will meet in Silicon Valley for discussing whether the finance industry's system to initial public offerings is still working a year after some of the biggest deals got flopped. The attendees have planned to discuss alternative strategies like direct listings in it, and this type of approach will also replace the financial underwriters with the cutting-edge computer code.

Bill Gurley, the general partner at the venture capital titan Benchmark, who is also one of the meeting organizers, said in a phone interview, "I'm not anti-banker, I'm pro-algorithm." He further said that investment bankers are mostly uninvited.

For the past few months, Gurley and others like Sequoia Capital's Mike Moritz have been pitching the advantages of direct listings. In the direct listings, the computer will shift privately held shares in the public market without the

banks purchasing a giant block of stock and parceling them to the clients at a single price the previous night. Gurley also said that humans had been systematically "mispricing" the IPOs for decades. There are few banks, which are typically involved in a direct listing, advising the startups and also helping to create investor interest.

Gurley has also pointed out to a research conducted b Jay Ritter, a professor at the University of Florida, which says that startups are, most of the time, significantly underpriced.

To ensure, investors also expect IPOs to feature their first-day "pops" in price that will reward them due to the risk they take by supporting a market debut. Many companies recommend going public due to the positive press and the demand that is created by such rallies for their future offerings. There are also some entrepreneurs who have lamented about the money that is left on the table as it could have been used for operations.

However, the most prominent IPO advisers will not be making their pitch, and the Silicon Valley summit does not exclude finance entirely.