What are the Advantages of Quantum Computers?

What are the Advantages of Quantum Computers? 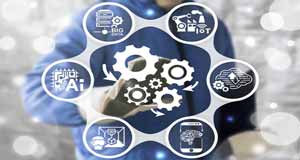 FREMONT, CA: A quantum computer is a computer that does computations using quantum mechanics. It has the ability to store and process data in qubits. Data is processed in the form of 0 and 1 in traditional computers. In quantum computers, the form of 0 and 1 is extended. Qubits can process data in either 01 or 10 format, which means they can store information in both true and false states at the same time. Two bits are equal to one qubit.

Quantum computers are ideal for computing data simulations. Several algorithms have been developed to simulate diverse phenomena such as weather forecasts, chemical simulations, and so on.

In the medical industry, these types of computers are more effective. They can detect ailments and formulate drug formulas. These computers can be used to diagnose and test various diseases in scientific laboratories.

Google uses quantum computers to enhance its search results. Using these computers, users can now speed up any Google search. Quantum computing can be used to populate the most relevant results.

These computers have strong encryption capabilities and are skilled at cryptography. The security of quantum computers cannot be breached.