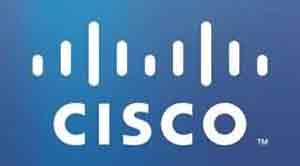 FREMONT, CA: Cisco has achieved its importance as the most valued network infrastructure provider, as well as a purveyor of emerging network technologies, with the outburst of the Internet. Cisco met the requirements of enterprises that require centralized software to take care of the network and the security hardware. The dominance of Cisco in different areas of the networking marketplace has prompted the industry analysts to lookout for economic and technology trends. The following are the futuristic networking technologies that Cisco observes to bring about notable impacts in the coming years:

Algorithmic software, which is assured by machine reasoning (MR), performs tasks and repairs issues taken care of by the network engineers. In other words, MR includes programming a computer with analytical techniques like induction and deduction. Besides, the MR system also has an interference engine that brings out intelligence from the relationships between the facts and rules contained by a particular domain, considered as the network management. While machine learning only helps in performing statistical analysis, MR does a much better task by recognizing the root cause of the problems.

With the help of CBRS and cognitive radio networking technologies, future networks grow more robust. Efficient radio spectrum management steered by trends in the communication sector is the only method to serve multiple devices throughout the world, which will be added to the wireless networks by enterprises. Therefore, the cognitive radio developments that can double the count of devices on a wireless network are essential. On the other hand, cognitive radio is a type of wireless communication that is used by the engineers to plant intelligence into a transceiver. An improved version of the smart device can identify communication channels and immediately move traffic over them, ending up in the first use of available radio frequencies, along with minimal intrusion among the network users.

Cisco displays a specific interest in optical networking that shows its willingness to substitute the existing enterprise network, which is extremely slow for users to see and interact with the same augmented reality (AR) content simultaneously. With the help of optical networking, many of the devices can have high-quality, high-performance, and low latency wireless altogether.

FXTI: Perform Nonstop with the Best in IT

Akkadian Labs: Optimizing Cisco UC to Meet the Need of the Hour