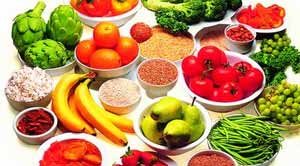 Food fraud and recalling can devastate food supply and consumer trust. What should be done by food manufacturers to prevent this?

FREMONT, CA: Food fraud in the food industry has existed for decades. The latest events continue to thrust food into the eyes of people. The best example is the scandal of horsemeat in the United Kingdom in 2013.

Honey, alcohol, seafood, olive oil, fruit juices, and poultry are the most common targets for food fraud. Food fraud may take the form of mislabeling in the case of seafood.

Food fraud must be overcome with a great deal of understanding and knowledge of foodstuffs. In order to identify and measure possible adulterations of food products, a comprehensive analytical characterization is necessary.

The most widely used method for illuminating food contamination is infrared spectroscopy (IR). It is fast, affordable, and offers scientists evidence to disclose and identify the contents of various foods.

A comprehensive spectrum of a given sample is distributed to users through IR, which is later analyzed for information.

A robust IR instrument and corresponding software are required for the evaluation of the resulting spectrum to identify food fraud. A prime example is the Adulterant Screen software of PerkinElmer that gives scientists an indication of contamination. The software compares an unfamiliar sample with a range of a known pure sample from a library.

The presence of different oils in a contaminated sample can be determined and quantified by IR spectroscopy tests since every edible oil has the same molecular backbone so that all infrared spectra will be identical. After adulterants have been detected, a sample oil blend can be compared with a series of known mixtures to quantify the contaminant.

In some cases, IR spectroscopy alone is inadequate for detection. Sometimes, more sensitive techniques are required to unravel ultra-low concentration compounds, such as biomarkers or contaminants at trace levels.

Pork detection is one of the main examples of the use of mass spectrometry analysis. The detection of specific meat peptides and biomarkers, which are distinct from pork meat, is an effective way to identify pork in products. However, biomarkers require ultra-sensitive information to identify them in a complicated meat sample.

Share-ify: A New Era of Compliance for the Food Industry

Incentives Solutions: A Recipe for Sales Growth in the Food Industry

The Answer Company: The Answer to Enterprise Resource Planning Organizations