What Does Blockchain Withholds for the Future? 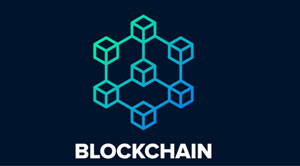 Blockchain technology has been the hot topic recently and many industries see it potent enough to overcome their respective challenges. The blockchain is a shared public ledger that records transactions and data in any form with cryptographic security enabled. Immutability, self-authentication, and encryption are the main features of the technology that make it highly popular among users, technologists, and investors. It stores data into blocks and whenever a new transaction occurs, it records it in another block and adds it to the existing, forming a chain of blocks. Each user in the blockchain is self-authenticated in the network.

Immutability: Data once stored in the network cannot be tampered or manipulated by any of the entity but can be viewed by all. Even if hackers gain access to the network they will have to change data in all successive blocks and their replications which is not possible.

Redundancy: The blockchain replicates itself on all or at least some part of the network eliminating the scenario of single point failure.

Encryption: Digital signatures based on an encrypted set of public and private keys enables network participants to authenticate the access of their data, smart contracts, and other changes.

Adopting blockchain would benefit consumers and marketers with promising opportunities.

Distributed ledger facilitates peer-to-peer transaction injecting transparency between consumer and marketer. Especially in financial industry terms and conditions can be stored in the network accessible by both entities, as stored data is immutable, a trust would establish. Also, smart contracts would auto-initiate claim process on maturity saving time and easing the process.

Digitization has made each industry vulnerable to cyber attacks as data exchange takes places over a centralized storage system, highly prone to attacks. Blockchain being distributed ledger eliminates the third-party intervention; also it authenticates all its users making it a robust solution against cyber threats.

The blockchain is efficient to reduce operational and administrative cost by automating various processes through smart contracts. An algorithm is generated to carry out a series of task that gets triggered when a certain condition is fulfilled.