What Does Technology Bring to the Table in Agriculture? 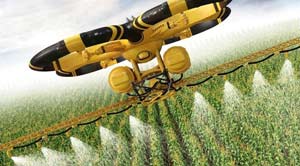 Precision agriculture—referred to as technological developments designed to thrust agriculture into the modern, computerized and data-based world—enables the agricultural sector to become more profitable and effective while also refining safety and making agriculture more eco-friendly.

FREMONT, CA: The current industry is highly driven by technology. Progressions in technology have transformed how business is conducted, with many sectors already experiencing dramatic changes since the emergence of the 21st century.

While agriculture may not be the first business people think of when pondering on industry’s shifting nature, The National Institute of Food and Agriculture (NIFA) regarded that modern farms are immensely different from those from a few decades ago.

Farmers have long counted on technology to make their operations as resourceful, productive, and lucrative as possible. Precision agriculture—referred to as technologi

It sounds intricate because it is. For instance, modern sensors can spot soil conditions, potentially producing hundreds of readings per second. These sensors empower farmers to know the best possible time to plant seeds to reach their full potential. This occurrence progresses the efficiency of new farms and their output.

Furthermore, it is also observed that agricultural technology has reduced waste. For example, due to agricultural technology, farmers no longer have to apply fertilizers and pesticides and source water consistently across entire fields. Technology has shown that farmers can merely target definite areas or even treat individual plants differently, saving time and permitting farmers to use only minimal quantities of water, pesticides, and fertilizer. Moreover, engaging in agricultural technology leads to higher crop productivity and decreases runoff of chemicals into rivers and groundwater, thus reducing the farm’s effect on local ecosystems. Modern farms are technological marvels, where countless technologies are being adopted to produce crops more resourcefully and safely than ever before.