What Does the Future of Blockchain Hold? 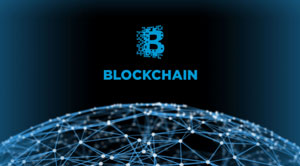 Blockchain the distributed, decentralized, the public ledger is the record-keeping technology. At its most basic level, it is the digital transformation stored in a public database. Blocks store information about transactions and transaction entities.. As the name blockchain suggests, it consists of multiple blocks strung together. Anyone can view contents of the blockchain, but users can also opt to connect their computer to the blockchain network. In doing so the computer receives a copy of the updated blockchain automatically whenever a new block is added.

Blockchain technology accounts for the security and trust of the information in many ways. New blocks are always stored linearly and chronologically. As the block is added to the end of the blockchain, it is very difficult to go back and alter the contents of the block. Because each block contains its own hash, a hacker's attempt to edit transaction can be prevented.

However, recent studies show that, the promising and convincing arguments were not able to use blockchain technology to achieve the intended objectives. It is said because bitcoins and cryptocurrencies are steadily losing its value. Also, a large number of exchanges with initial coin offerings (ICOs) are being exposed as illegal operations.

ICOs are the way of raising capital for business by offering digital cryptocurrency tokens. It is said that these digital tokens will increase in value as the business grows. But the lack of transparency around the practice, and the tendency for initiatives to vanish along with investors' money has led to regulators issuing warnings about getting involved.

The truth is that these issues bear little relationship with industrial blockchain concepts, which is using private blockchains. But a large amount of negative press has undoubtedly led to organizations becoming more careful. This impacted in companies using the abbreviated term DLT instead of distributed ledger technology so that business can avoid negative associations with blockchain.

Blockchain has other fundamental barriers to its adoption as well. One is the difficulty in explaining the concept of the blockchain. Also the environmental costs of generating the computing power needed to power many blockchain applications.

Since it is clear that blockchain in general, is having less significance today. But it will take time to figure out whether this means the end of the blockchain technology.