What is 3D Rendering?

What is 3D Rendering? 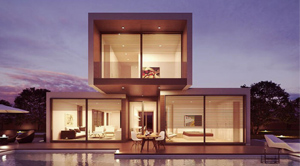 3D rendering is the last step in the 3D modeling process since one must first build 3D models of all of the objects they want to simulate to get a realistic result.

FREMONT, CA: One can use 3D rendering to create digital, realistic images of buildings and rooms that have not been physically designed or finished yet. These snapshots allow revisiting the design and seeing how it will appear in the real world before making any necessary changes. This usually results in more cost-effective and convenient construction and design process. With today's rapidly evolving technology, one can produce a 3D render of almost anything one can think of.

3D rendering is the last step in the 3D modeling process since one must first build 3D models of all of the objects they want to simulate to get a realistic result. On building the 3D models, one can use special rendering software to add lighting, shadows, textures, and other atmospheric elements to transform the two-dimensional drawing into a three-dimensional output.

Virtual walk-throughs of unbuilt space are one of the more common outcomes of 3D rendering. Designers can simulate buildings using 360-degree walkthroughs of the space (which can also be viewed digitally and in virtual reality), allowing them to figure out the most effective room layout and better sell spaces to potential clients. People are far more interested in an unbuilt or empty space when they can actually see and feel what the end result would look like, as previously said.

How to Reuse 3D Models in Different 3D Renders

A 3D model is very simple to alter. A product's color and design elements can be easily modified after it's been made, which means that a single 3D model of a sofa can be used to produce 20 to 30 different catalog pictures, as well as website and design presentations. Furthermore, the model can be used to build 3D models for future spaces and collections.

In practice, this means that a single model will appear in various shots and lifestyle photos, each with a different context and feature. Reusing 3D models in different 3D renders will help create several completely unique images with minimal effort. This is a significant advantage for designers, as these procedures are always time-consuming, and any time saved would result in designs being completed far more quickly and efficiently.

Alternatively, 3D renders are much more difficult to edit, especially if animated. Consequently, rather than modifying the rendered image itself, designers should concentrate on editing and reusing 3D models to create several versions of an image.