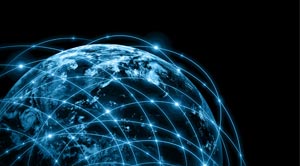 See how technology is changing the future of networking.

FREMONT, CA: The technology is increasingly transforming the way the world is doing work and business today. The field of networking is changing at a lightning-fast speed. Technology is evolving and letting the industrial world evolve as well with the constructive developments that happen in the world of business today. In the wake of technology and its advancements bombarding the realm of networking, the domain of network and communications is under a rapid transformation for a better future. The basic impact of technology that is created on the paradigm of enterprise networking is the enhanced quality of connectivity within the space of work, and due to this, there is a more profound impact on the way how employees communicate with each other and with the employer.

5G technology has been around since a while. This technology is pretty famous, and the world already knows the goodness and the essence of it. Is 5G all about the highest level of speed? Not really! This is because the 5G networking technology acknowledges the requirement of today's corporate and business world for the best in quality remote connectivity and access to the official intranet of the enterprise. 5G has also been promising an increased life span of the battery that is used in the smartphone.

The goodness of the wireless technology, that is, 5G, has also been making a deeper dive into allowing for the enablement of the internet of technology (IoT). Also, these newer possibilities that are supported by IoT helps in the highest quality of the feature called the time slicing. The sensor technology further brings in an enormous amount of durability for the 5G network applications. Digital office space is yet another advancement that promises the highest resolution. Geolocation technologies are immensely being centered upon in order to enrich the strength and potentiality of digital space networking. When companies or enterprises from any and every realm of industry adopt and deploy digital office space technology for enriched networking speed and quality, they will get access to information that will open for newer possibilities for business excellence and success.