What Role Does Video Play in IoT? 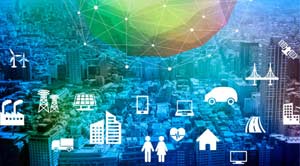 Videos play a very pivotal role in IoT as it generates a considerable amount of data from the connected devices. This data holds the potential to be transformed from reactionary and investigative uses for enabling people to adopt a proactive approach to enterprise operations and management.

FREMONT, CA: Though the IP camera was discovered more than 20 years ago, the technology didn't achieve much popularity until people began to realize the tremendous benefits of network video, such as remote access, advanced integrations, evidence retrieval and so on. Some of its key benefits include:

These days, surveillance cameras are combined with other physical security systems, like access control and intrusion detection, for providing the level of security that earlier seemed impossible. There has been great emphasis on combining video with card readers to achieve improved identity verification at different access points that need more security. These kinds of applications empower the users to present their access credentials to the reader just as they usually do. At the same time, a camera verifies their identity by performing facial recognition in the background.

Some enterprises also combine cameras with other IoT sensors for addressing old-age issues of tailgating. Access readers linked to AI-powered cameras can provide end-users with warnings in case there has been the detection of unauthorized entry in the locations.

Implications for the wider IoT

The expansion of IoT devices also means that video surveillance plays a much greater role in the overall smart cities and buildings landscape. For controlling traffic, cameras are incorporated in some instances with environmental sensors, like rain gauges, for monitoring the level of water in flood-prone areas.

In the case of building automation, cameras are playing a significant role in operating in conjunction with things, such as HVAC and lighting systems, to adjust the environment based on occupancy smartly. This helps in reducing energy consumption, which is a major concern of enterprises these days.

Though it might seem like that video has reached its full potential in IoT, but the reality is that it is just the tip of the ice-berg. The role of video surveillance in the IoT still needs to grow in the years ahead.