What you need to know about Software-defined Technology?

What you need to know about Software-defined Technology? 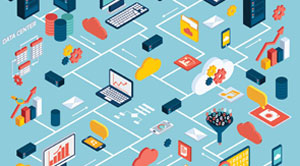 In the age of ‘software-defined-everything’, it is essential to know what the term ‘software-defined’ implies. A software-defined technology is all about resource abstraction and its availability made possible. It is virtualization’s core principle, the technology that allows the creation of utilitarian IT services with resources that are conventionally tied to hardware. Transforming physical resources into virtual resources, virtualization uses software tools to reallocate resources that were virtualized to operating systems and applications or shift earlier provisioned resource allocations on the fly without ever touching hardware configurations.

A good example is server virtualization. Microsoft’s VMware’s V sphere or Citrix’s XenServer is hypervisors which work on extracting the computing resources that are physical into virtual resources. This enables administrators to create virtual machines (VMs) which could provide the virtualized computing resources; hence referring to VMs as software-defined servers makes more sense.

At the most basic level, the ‘software’ part of the term ‘software-defined technology’ gives the abstraction layer along with the command line user or graphical interface which should be allocated. The abstracted resources will also be managed and monitored. In order to support functional plug-ins or third party software products Application programming interfaces are delivered. Any virtualized resources or provisioning can be settled if the bug or malware causes the abstraction layer to fail.

Another major technology in trend is Software-defined networking (SDN). The movement of the control of the network from a physical hardware to software application known as a controller brings software-defined networking (SDN). This allows administrators to form traffic from a control console rather than making each individual switch. A regular network contains switches which send packets in the same direction, along with the same path, in a similar manner. Moreover, Software-defined networking lets administrators alter the network switch’s rules based on different requirements. It can revamp the priority of packets and also block selective packets. This brings with it the responsibility of managing of proper management of traffic loads to the administrators, helping to save money with cheaper switches.

On the other hand, Software-defined networking (SDN) Controller permits servers to instruct switches on where the packets should be sent by managing flow control which results in smarter networking. A controller in the midst of network devices and applications handles all communication between the two. The SDN Controller chooses the ideal network path for application traffic by employing protocols to configure devices.

Infrastructure is offered as a service providing all elements. The software-defined data center (SDDC) delivers service by virtualizing storage, networking, CPU and security. The entire infrastructure is abstracted from hardware when it comes to deployment, provisioning, operation and configuration in an SDDC. The software then implements these tasks. For better understanding of the SDDC, it consists of three major parts, which begins with network virtualization that combines the resources available in a network. Pooling physical storage from multiple network storage devices into a single storage device is done by the storage virtualization. Workloads from physical hardware are abstracted by server virtualization.