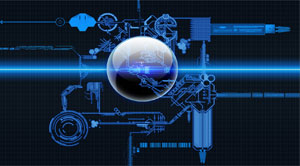 FREEMONT, CA: Lasers are amazing light beams powerful enough to zoom miles into the sky or cut through hardest material on earth making it one of the most revolutionary innovations of modern times. Dave Gershgorn from Popular Science magazine reports, how a team from Arizona State University have extended laser technology potential by launching a new technology into laser that shines pure white.

Laser can modulate immense energy to a precise location at a very specific wavelength, but emitting light at a single particular wavelength limited its capabilities. The white laser eliminates this short coming. It fires in red, green and blue covering more than 90 percent of colors perceptible to human eye.

Laser is projected by a synthetic nanosheet, a multi segmented, layered material. Based on light applied in each segment laser emit red, green and blue light in different proportions. The light projected from it has an exaggerating wave length spanning 191 nanometers. The material is formed in a 4 foot-tube from cadmium, sulfur, alloyed from zinc and selenium in a temperature of 1800 degree Fahrenheit.

White lasers are increasingly been used in transparent laser displays, where radical see through technology is used in the glass. White color laser is a huge leap in making this technology feasible. It also has potential to speed up the wireless data transmission process. It fastens the data speed in some blistering gigabit using white LED light.

The technology is compatible with existing energy conscious commercial LED/ laser projectors. The lasers are an improvement to LEDs having immense potential in data transmission. Using Li-Fi technology for wireless optical networking technology can far more fine tune than LEDs. White lasers having concentrated energy effectively adds pathways for data to travel. It can transmit signals over multiple areas of color spectrum.