Why Companies Must Invest in Virtual Machine?

Why Companies Must Invest in Virtual Machine? 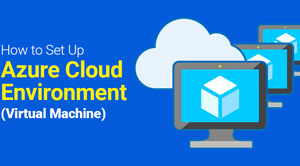 A virtual machine is a computer program that has been coded to operate like dedicated hardware, with software "fooling" the machine into thinking it is running on physical hardware.

The VM seems to the user to be running on bare metal. It's hard to tell a machine is virtual unless it's demonstrated. Programs can be installed or deleted, and the guest OS and its apps can be upgraded. It won't affect the host or other VMs. It's easy to differentiate a real computer from a digital one.

A hypervisor is required on a machine that hosts VMs. The hypervisor emulates all of the computer's hardware resources, allocating resources to VMs based on their demands. Hypervisors separate virtual hardware platforms, allowing VMs to run on the same physical host in Windows Server and Linux.

The perks of VMs

Organizations of all sizes continue to deploy VMs extensively because they provide several essential benefits, such as:

Virtualization reduces the costs of hardware since it eliminates the requirement for physical systems. Bare-metal deployments are slower than virtual machines, which are highly efficient in hardware resources. It benefits from cutting down on the number of servers that need to be deployed and the maintenance costs. It decreases power and cooling requirements.

The ability to run applications and operating systems of different types in the same environment eliminates potential security risks and application contention on a single physical server.

There are several benefits to VM management. Deploying VMs and administering many VMs is possible with little effort via a centralized interface. In addition, admins can use virtual environments to save time on backup and disaster recovery (DR) with the help of simpler deployments and various admin duties.

VMs function in isolated environments; therefore, they can serve as a safeguard against threats. It is straightforward to restore a VM if it becomes corrupted or compromised by using features like snapshots and backups.

VMs can be run without specialized hardware. A physical server or desktop has lower hardware requirements than a server, as long as you run one VM at a time. However, this device is still inadequate to host many operating VMs. When using physical hosts with virtual machines, you must balance the available resources with the resources used by each VM. Virtualization platforms facilitate the procedure, and fortunately, as well.

FlipServe: The Uber for IT Services

HappySignals: Adding Experience Management at the Heart of IT

Freshworks: A Fresh and Simple Take On ITSM