Why we Need Better Cybersecurity Measures 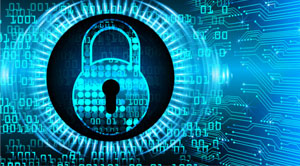 Cyber attacks might be scattered in time and across the industrial space, but they have a more significant impact on the cybersecurity space and the society at large.

While the primary victims of cyber crimes are reported widely, several other brands also feel the sting. This often impacts unsuspecting people who are unaware of the extent of the data breach, resulting in sudden unexpected revelations.

The Breach Level Index has statistics showing that nearly 5 million records across the globe are compromised daily. The extensiveness of the breaches has been increasing with time, even as the resultant cost from them has reduced.

The fact that breaches do not have an immediate impact could stem from the fact that shareholders do not share any information about the violation for a few months after they occur. This unawareness is also because there might not be relevant information regarding the extent of the breach available to the company immediately. Shareholders thus tend to react only to data breaches affecting a company’s immediate operability or profitability. Customers also do not always end business relations with brands dealing with cybersecurity issues.

While cybersecurity is a chief concern for all industrial sectors, some of them are at higher risk. In the medical industry, brands targeted by cybercriminals face difficulty in convincing customers that their security lapses have been fixed adequately. Parent companies in the retail sector frequently use the same security infrastructure on all the brands they own, which results in large-scale breaches and far-ranging effects when targeted by cybercriminals. The financial industry also comes under this radar, with high risk-reward ratio with lucrative outcomes for successful hackers.

While it is impossible to convey the full extent of the impact of lapses in cybersecurity measures, it is high time to understand the need to tighten the same.