Will Digital Forensics Reduce Cybercrimes in 2020? 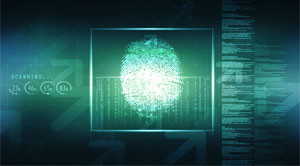 Revolution in cybersecurity is playing a critical part in our lives. However, it is considered to put an end to the ever-growing cybercriminals. Adopting digital forensics technology can help to minimize the cybercrimes.

FREMONT, CA: Virtual devices, such as smartphones, tablets, gaming consoles, desktop computers, and more, have become part of our everyday lives. These deliver the simplest tools for data storage, which tempts cybercriminals to use it for malicious purposes. Now, whenever a cybercrime occurs, digital forensic investigators dive into the whole investigation process and seek evidence to either resolve the case or present it in court as digital evidence.

The term digital forensics can be distinguished into five major branches.

Digital forensic researchers collect digital evidence from mobile devices under this sub-branch. Mobile devices are distinct from computers because communications systems such as GSM have been embedded. The data collected from mobile devices is not limited to emails or apps for short messages. It also comprises data associated with user's location, call logs, user dictionary content, system files, data from installed applications, usage logs, and any other deleted data.

Forensics comes under data from the forensic study of databases and their metadata. Database material, in-RAM data, and log files are reviewed by the forensic data investigator to retrieve pieces of digital evidence or to create a timeline for the incident.

Earlier, the synonym for computer forensics was considered digital. Now, however, the term ' computer forensics' is limited to gathering and analyzing evidence from the perpetrators ' computer systems, built-in systems, and any static memory. It also requires monitoring as any other forensic science demand sub-branch or division.

Network Forensics involves collecting and analyzing network and network traffic packets or a large or local network region. Intrusion detection is also included in the study. Network data is usually considered as a proactive investigative aspect because it is unreliable and difficult to record. Two methods are used to collect data.

This method requires a large amount of storage, as all network packets under this procedure are collected at a point of transmission and then processed in batch mode.

This system is evaluated in a primitive design of the network packets. It needs a faster processor capable of dealing with the tremendous traffic coming in.

It includes investigating structured data-related financial crimes. The main purpose of forensic data analysis is to identify a pattern of fraudulent activity. In computer forensics, unstructured data are generally examined.