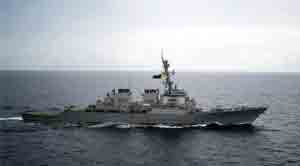 The modern requirements for the naval fleet are centered on a hybrid propulsion system that can efficiently meet the needs during the war period.

FREMONT, CA: Several ships have been replaced by others from the cores of fleets over decades and centuries. The U.S. Navy fleet designers are in need to devastate their fealty to tradition and do something innovative to win future high-seas wars. They should fashion a new U.S. Navy “fleet” by implementing unmanned vehicles, anti-ship missiles or minefields, and U.S. Army rocketeers to strike enemy ships and warbirds. The hybrid fleet will bring to bear any asset able to shape events at sea. Ships that make up the new-age fleet appear drastically different from traditional men-of-war. It could be winsome diesel-electric submarines of a sort which the U.S Navy hasn’t operated in decades. Converted merchantmen or even superempowered fishing craft can act as fishing ships. Vessels can be manufactured at foreign yards or leased from foreign navies or commercial fleets. Thus, for the first time, the combined gee-whiz technology and novel warmaking methods turned the world upside down.

The U.S. Navy is demanding for a multi-mission ship that can contribute meaningfully in a high-end combat environment involving anti-submarine (ASW), air and missile defense (AAW), and surface warfare (SUW) missions. It is quite apparent that the Navy is looking for a cheap multi-mission combatant. The Navy is looking for a propulsion system that would provide benefits for the new frigate’s combat capabilities and long-term reductions in operating costs. A hybrid electric drive (HED) engine offers a quiet and efficient means of propulsion at lower speeds, but it is expensive to procure than traditional power plants.