Will IoT be Able to Help in Building a Greener Future? 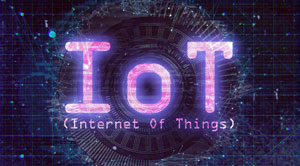 The biggest problem that the world is currently facing is an environmental issue. Global warming, air pollution, and climate change are some of the grave concerns. In this scenario, does IoT hold the potential to reduce negative environmental impacts?

FREMONT, CA: Now is the era of ‘smart technology’ that runs with its précised parameters with a minimum requirement of any interference. Smart technology is mostly driven by the Internet of Things (IoT).

The IoT is basically a computing concept in which physical objects are linked to the internet and can identify themselves with different devices. The term is closely related to Radio Frequency Identification (RFID) as a communication technique; however, it may also involve other wireless technologies, sensor technologies, or QR codes.

Though IoT is arguably responsible for some of the environmental issues, it has also provided sophisticated solutions to some of the concerns. The potential to create scalable, robust, and interconnected networks of continuously alerting sensors in a host of areas has delivered significant improvement in environmental matters.

Following are some exciting ways in which the IoT can be put into different uses for addressing various aspects of climate change, and conservation like preservation of biodiversity, poaching prohibition, prevention of deforestation, and data collection.

Environmental Sensors: There is no doubt in the fact that sensors can accomplish the tasks that humans can’t even think of. Sensors can be deployed at various places to measure components such as water or air quality, radiation, or detect precarious chemicals that can assist in tracking the environmental evolution. IoT has made it possible to have access to polluted, inaccessible, or uninhabitable spaces without compromising with the health of the technicians. Asthma affected citizens, and infants with breathing problems can also receive detailed and accurate information in real-time. Workers who work in hazardous conditions like mines or workplaces vulnerable to radiations are the ones who are most benefitted from this technology. Smart Farming: Agricultural industry is the most impacted industry that has to face the consequences of environmental degradation. However, the IoT inclusion in farming has changed the very nature of the fields. Sensors are assisting the farmers in reducing the waste as well as planning the farming activities in a better way, hence yielding more with fewer resources. For example, sprinklers in the field can start automatically, or with the permission of farmers in case the weather is going to be too dry, and crops can be damaged. Similarly, if the moisture in the soil is ideal, the water utilized for hydrating the crops can be reduced, thus saving both water as well as power.

Connected drones are also being used in farming nowadays. The spectral on-board sensors of the drones assist the farmers in optimizing the utilization of fertilizers and products for plant protection.

Energy Requirements: Now, it is possible for anyone to create an IoT that can minimize energy requirements. The low-power sensors will become capable of working in conditions in the future that surpasses existing IoT capabilities. Along with working underground and its long-distance deployment from the closest antenna, the battery life can also be extended that can last for years, hence reducing the impact of energy.

Besides devices, significant volumes of data are produced, transmitted, and stored, and the process is quite energy-consuming. However, cloud technology keeps a check on it. In addition, tech giants possessing energy-efficient data centers can also lessen their carbon footprints by taking huge steps. They are highly investing in renewables to improvise their green credentials.

Smart Factories: The issues of smoke emission and waste production by the factories now can be solved with adaptive, responsive, and connected manufacturing processes. The supply chain has made late shifting to be digitally transformed from linear operations to an interlinked system buoyed by a continuous stream of information. This kind of integration helps in enhancing productivity as well as reducing the defective products. Simultaneously, it also helps in the utilization of the resources in the best possible way.

Smart Structures:  A smart structure enables its stakeholders and occupants to communicate with the building through an intelligent power grid that can be automatically controlled. These structures assist in controlling the environment with the help of its features, such as ventilation, lighting security, heating, and water supply can be involuntarily reduced. Likewise, the devices can immediately update the maintenance crews in the event of wastage of energy or resource leakage such as water leaks.

Project RAPID: Real-Time Anti Poaching Intelligent Device (RAPID) equips Africa’s rhinos with three connected devices: heart rate monitor, camera, and GPS tracker. The integration of these devices enable the wildlife preservationists to become alert and come to the rescue if the animal is in any problem. The tool helps them in tracking the animal’s movements, and catch the hunters as well.

All these techniques help the preservationists to prevent illegal poaching and save animals from extinction.

In short, the IoT networks, along with their embedded sensors, has already started impacting the environment in which we all exist. Well, let's wait and see what the future holds for us.