Will UK Change the AI Game for Businesses? 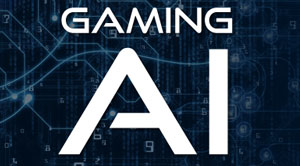 In most companies today, AI has become a crucial technology that is leveraged for the businesses’ growth. AI’s growth has reached $1.2 trillion today, according to Gartner. In every country, especially in the UK, AI has become ubiquitous. The UK played an intelligent role in the development of AI, and the UK government has invested a large amount in AI technology. The UK government in April announced a deal called the AI Sector Deal, a financing package that supports several leading companies. The UK government has also been taking initiatives to increase AI knowledge in the citizens. Recently, it funded £115m for AI university courses.

Microsoft recently claimed that the UK would become the AI technology game changer. The talent fostered in the future UK remains a challenge, regardless of technological advances. Microsoft has decided to launch two AI training programs to register its efforts. The programs aim to address the shortage of AI talents in UK business areas. Microsoft, therefore, sheds light on stimulating talent to those companies that need AI knowledge.

Microsoft launched the Microsoft AI Academy as the first initiative to help businessmen by offering face-to-face training sessions and web-based training. Microsoft also uses the academy to train its staff. The company extends its initiative to know the problems that leading AI researchers in the United Kingdom face. Many AI researchers have attracted private companies because of an attractive salary. Microsoft has launched a funding program called the "Microsoft Research-Cambridge Machine Learning Initiative" to curb this instance. It provides Ph.D. Scholarships, co-supervises students in universities, and offers paid internships that invite students to work along with Microsoft projects.

Nearly 51 percent of companies do not use AI in their workplace, according to Microsoft's survey. However, 49 percent of the UK business leaders claim that AI technology makes them more productive and thus reduces processing time. According to Microsoft’s research, organizations already on AI journey have been outperforming other organizations by five percent on factors including business outcomes, productivity, and performance.