Wireless Power Transfer that Reaches up to 5 Meters 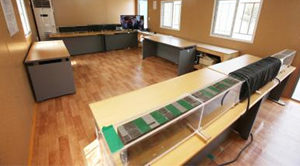 FREMONT, CA: A team from Korea Advanced Institute of Science and Technology (KAIST) has tested wireless power transfer that can reach up to 5 meters. The technology implemented in this is Dipole Coil Resonant System (DCRS), reports EurekAlert.

Wireless technology that has been the domain for data transfer is now used for achieving power transfer. DCRS, with a maximum output power of 209W at 20 kHz can charge 40 smartphones simultaneously for a maximum distance of 5 meters.

DCRS is based on the concept of inductive power transfer. This concept was primarily developed and tested by Massachusetts Institute of Technology (MIT) back in 2007 that resulted in wireless power transfer of up to 2.1 meters. The technology that MIT used was termed Coupled Magnetic Resonance System. KAIST was further enhanced its design and made DCRS. The idea is to use magnetic field to transfer energy.

KAIST revised the design by replacing a complex coil structure with an optimally designed coil structure, with two magnetic dipole coils. They used compact ferrite core rods with windings at their centers. Primary winding generates high frequency AC current that generates a magnetic field and then the linkage magnetic flux induces the voltage at the secondary winding.

“With DCRS, a large LED TV as well as three 40 W-fans can be powered from a 5-meter distance," says Chun T. Rim, a Professor of Nuclear & Quantum Engineering at KAIST.

"Our technology proved the possibility of a new remote power delivery mechanism that has never been tried at such a long distance. Although the long-range wireless power transfer is still in an early stage of commercialization and quite costly to implement, we believe that this is the right direction for electric power to be supplied in the future. Just like we see Wi-Fi zones everywhere today, we will eventually have many Wi-Power zones at such places as restaurants and streets that provide electric power wirelessly to electronic devices. We will use all the devices anywhere without tangled wires attached and anytime without worrying about charging their batteries," he adds.