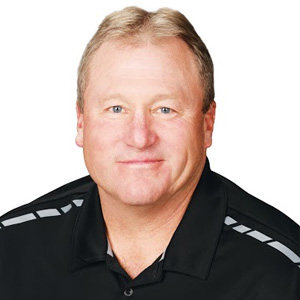 Keith Vadas, President and CEO Challenged with making better decisions faster in an environment of constant change, today’s enterprises are turning to simulation as an enabling platform for decision support. The ability to capture the behavior of complex processes, then quickly create and run alternative scenarios enables enterprises to move from reactive to predictive and prescriptive decision-making. ProModel provides simulation tools and proven end-to-end solutions used by over 60% of the Fortune 500 and across the Public Sector.

ProModel opened its doors in Orem Utah in August of 1988 thanks to Dr. Charles Harrell’s vision of providing an easy to use and affordable simulation toolset for “non-programmers” that could run on standard PC’s. Organizations like Eastman Kodak, IBM and Whirlpool leveraged the easy-to-use, general-purpose simulation tool in their industrial engineering departments to experiment with process improvement opportunities and predict the impacts on critical performance metrics based on proposed changes.

In the early 1990’s, when Microsoft released Windows version 3.0, ProModel was the first simulation company to develop a true Microsoft Windows version. In the mid 90’s, customers in the Healthcare and Service Industries began requesting features specifically tailored toward their needs, such as user friendly terminology, industry specific modeling constructs, and icon libraries. These inputs led to the parallel development of three distinct yet similar products that would run under the Windows operating system, namely, ProModel® for Windows, MedModel®, and ServiceModel®.

In the late 1990’s many organizations recognized the power of the simulation platform and began wanting more of a complete solution so they could benefit from simulation technology without having to develop simulation modeling as a core competency. ProModel responded by significantly expanding its consulting services to complement and help implement simulation-based modeling solutions.

In the early 2000’s, another segment of the market began looking for more initiative specific, targeted tools which leveraged simulation but could serve operations leadership and analysts with little or no model building experience. “Our customers must benefit from simulation models with no pain. We must enable them to easily run scenarios, try hypotheses from the output and compare them, to make educated decisions,” says Keith Vadas, President and CEO of ProModel.

The speed and complexity faced by today’s decision makers requires the latest in predictive and prescriptive technology to remain industry leaders. ProModel will remain on the front line of simulation based decision support

As a result, ProModel developed customized application specific simulation tools that no longer required a modeling expert. Tools such as Portfolio Simulator and Process Simulator, which is a plug-in to Microsoft Visio®, have expanded the use of simulation into Business Process Modeling (BPM), Business Process Re-engineering (BPR), Portfolio & Project Management and Lean Six Sigma.

In the mid to late 2000’s the terms “Big Data” and “Business Intelligence (BI)” were making headlines and along with ProModel’s Visualize, Analyze, Optimize (VAO) simulation methodology, the ability to rapidly increase quality decisions was enhanced.

“Organizations were investing in Big Data and BI solutions that helped them better see themselves now but needed answers to the “then what?” questions. They need to see themselves in the future given the dynamics and variability of their operations” stated Vadas.

The demand for simulation based enterprise decision support applications, which leverage real time data, account for complex changes in business behavior, and exploit the power of rapid scenario analysis and optimization under the hood was here and ProModel was ready to meet the need.

With continued innovation of their simulation and optimization platforms, ProModel began delivering mission critical applications, moving organizations from descriptive and diagnostic analytics to predictive and prescriptive decision making. Building on Dr. Harrell’s early vision of easy to use simulation, ProModel now supports both the private and public sectors with leading simulation based tools, and web-based applications.

For example, ProModel supports the Healthcare market with innovative simulation-based decision support tools like FutureFlowRx™, a system which leverages real-time patient data, and a detailed simulation model of hospital processes to “prescribe” how best to plan the hospital’s operations to optimize patient flow and reduce length of stay. As a web-based application with specific functionality available for defined roles and rights, healthcare organizations can realize 30% increases in patient throughput with no impact on cost or quality of care.

The US Department of Defense has also benefited significantly from ProModel technology. Given the dynamics of known and unknown demand on the US Army and the uncertainty in the budget process, the DoD needed a quantitative way to assess critical resourcing decisions against demand and operational risk.Leveraging ProModel’s Commercial-Off-the-Shelf (COTS) simulation platform, ProModel delivered the Army Force Generation Synchronization Tool (AST) to US Army Forces Command. The ability to create “what-if?” scenarios around demand for Army Forces, quickly predict availability of force, and provide insight into future operational risk in hours vs. weeks changed the culture of Army decision making. 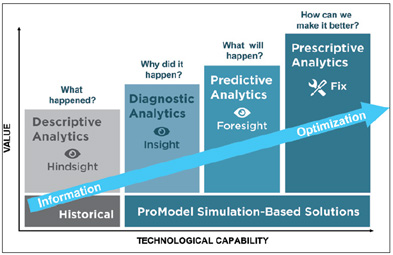 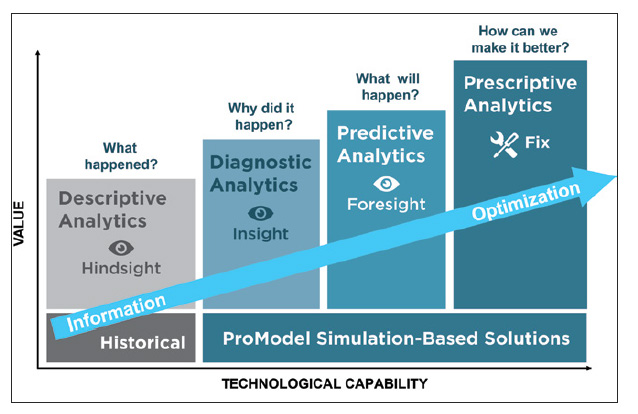 Given only conceptual guidance and coalescing commercial simulation technologies with military functional expertise, the Army Force Generation Tool (AST) Project Team provided the Army with the means to view the predicted impact of today’s synchronization decisions on tomorrow’s utilization of the Army inventory moving through ARFORGEN.

From healthcare to retail logistics to drug discovery to DoD planning and execution, ProModel helps organizations leverage their investment in data and processes to make better decisions, faster.

“We pride ourselves on our agility and the ability to operationalize the power of simulation for our clients by combining industry subject matter experts with leading edge simulation/ optimization platforms and solutions,” explains Mr. Vadas.

Going forward, ProModel will continue to explore opportunities for simplifying simulation modeling and integrating it with enterprise IT, in line with Dr. Harrell’s original vision in 1988.

“One thing is for sure, the types and speed of decisions faced by organizations tomorrow will be even more complex than today and getting it right the first time will be critical. ProModel is uniquely positioned to support that environment,” stated Keith Vadas. 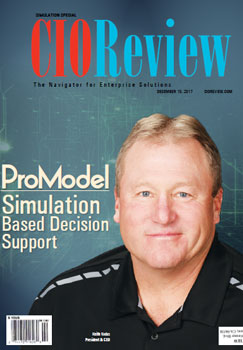